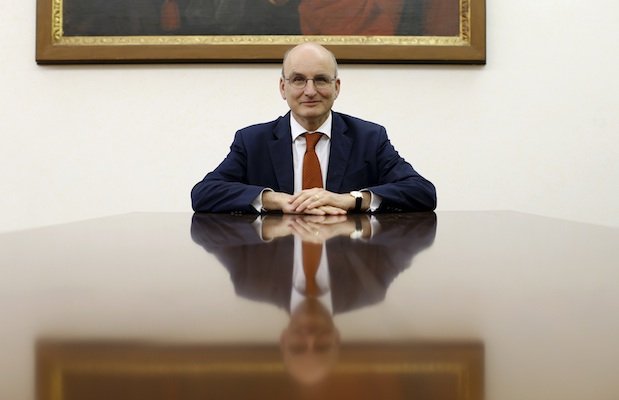 The report comes as the bank, which was founded in 1942, tries to distance itself from a rather murky past – in a bid to become more transparent, as part of Pope Francis' reform drive.

In June, Pope Francis set up a pontifical commission to look into the behaviour of the bank, which is known internally as the Institute for Work of Religion. The report also comes as Italian prosecutors investigate allegation of money-laundering there.

The bank was once a main investor in the failed Banco Ambrosiano, whose chairman Roberto Calvi was found hanging from Blackfriars bridge in 1982 in a suspected (and still unsolved) murder.

Moreover, the bank's fiscal success may not be enduring, as the transparency process has meant it has had to spend out millions to hire external legal and financial experts, in addition to reviewing its client base and image brand.

"Overall, we expect 2013 to be marked by the extraordinary expenses for the ongoing reform and remediation process, and the effects of rising interest rates," bank president Ernst von Freyberg said in a statement.

More than €50m of 2012's profit was, the report says, given to the papal chair for charitable works.