The Aston Martin Vantages of the last 15 years are very different beasts to their 1990s namesake. These latest models are sinewy sports cars that have consistently given Porsche’s class-leading 911 a sore jaw. The previous generation of Vantages, as you can probably tell from the picture above, is not possessed of such precision.

It was Aston Martin’s flagship; in essence, a forerunner to the V12 Vanquish of 2001. It was also – and this is significant – Aston Martin’s last fully hand-built car. The associated rarity and that provenance are part of the reason why you’ll pay more than £200,000 for the privilege of owning a 1990s Vantage today. For a good last-of-the-line V600 Le Mans version, you’re knocking on the door of £500,000.

The headline for the Vantage lives beyond its chiselled looks, humble old-fashioned construction and steep values, though. This leggy land yacht was something of a supercar slayer in its day. Under the slab-like bonnet is a long-serving 5.3-litre V8 engine, complete with two superchargers. In standard form, as introduced in 1993, it puts out over 550hp. With the revered V600 package, there’s a healthy 50hp boost to beyond the big six-tonne.

For context, the V600 was unrivalled power-wise in period by anything other than the epochal McLaren F1. In run-out, one-of-40 ‘Le Mans’ specification with its DBR1-style side vents and aggressive nostrils, the V600 could allegedly reach 199mph, cracking 62mph in 3.9 seconds along the way. Aston Martin was known for tall tales in the figures department, mind. 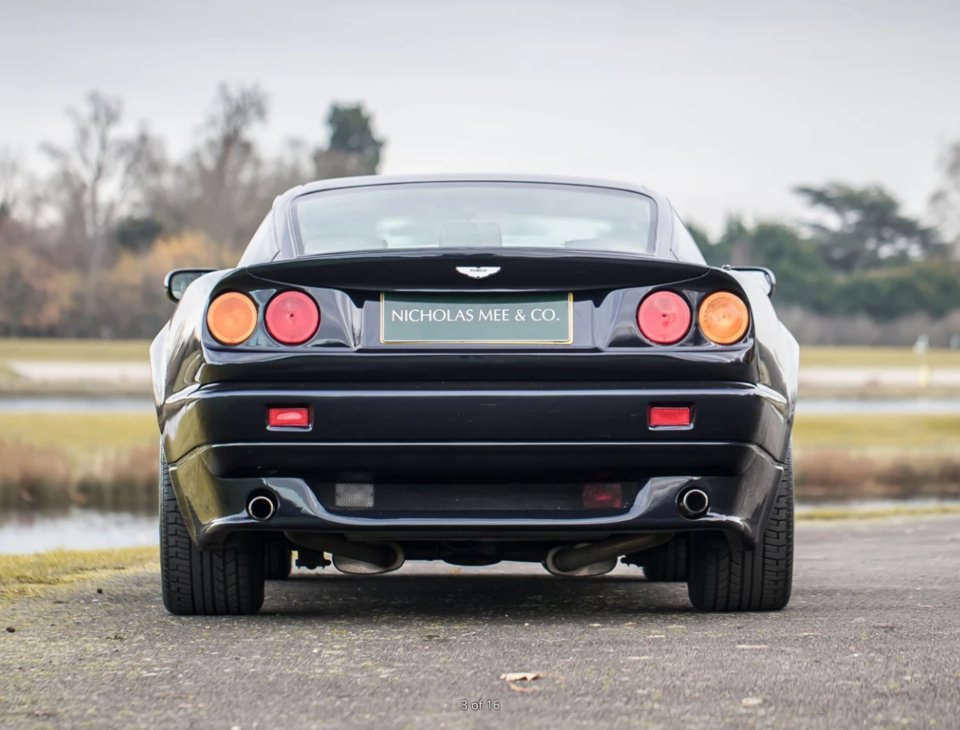 Either way, you won’t be bothering a Ferrari F40 around a racetrack. The Vantage, while having Earth-shattering straight-line performance, is no wieldy B-road blaster. It’s big, heavy, and plush on the inside, with lashings of wood, leather and impressive creature comforts for its vintage, including electric seat controls built into the bolsters.

It can just about hold its own in the corners, but it’s best to ease into the monstrous power available. Those sonorous whining superchargers bite at the back end. It feels heavier than a Ferrari 456, but more pointy than a Bentley Continental R. Yet it will easily out-muscle both. This supercar half-way house can smoke a set of rear rubber with the very best, before inhaling 1,000 miles on a pan-European dash without breaking a bead. It was the ultimate super GT.

The Le Mans, with its tight-shifting short-ratio manual transmission, revised Koni suspension and boomy exhaust felt more the sporting proposition, but the performance of the V550, even with its four-speed automatic, was not to be sniffed at. You could easily leave 90 per cent of what you meet on a de-restricted Autobahn in an inefficiently burned petrol haze as you spear off into the distance.

As an ownership proposition, the Vantage doesn’t sound too scary. Aston Martin specialists Nicholas Mee and Co, the company that loaned me both cars, told me they need to be driven. The large supercharged engine doesn’t take well to being fired up and cut off very shortly afterwards; that won’t do the difficult-to-change spark plugs any good at all. You’ve got to get it warm, let the fluids move around and really use the thing. Otherwise, barring some potential electrical gremlins, a Vantage you look after appropriately ought to be a faithful old bus.

It’s more subtle and more refined than a Jaguar XJ220, but faster and more competent than a Bentley Continental R. It’s as charming as it is senseless. In short, the Vantage is the very best of British. The pride of independence, performance to shock, luxury to love, looks to kill, brashness to baffle and charm ad infinitum. A Ferrari 456 is probably better, and definitely cheaper. But the big brutish Aston is immeasurably special.