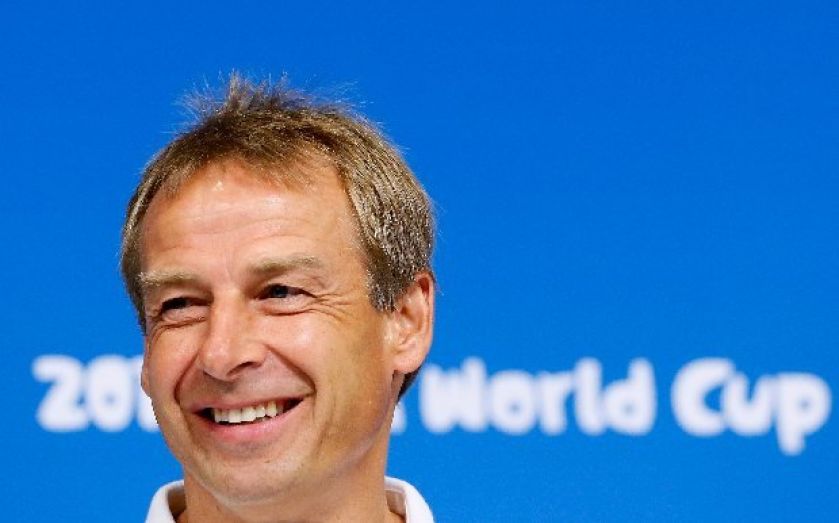 USA national team coach Jurgen Klinsmann has urged the country's bosses to resign themselves to a dip in productivity and allow workers time off work to watch today's crunch match against Germany.

Former German coach Klinsmann has drafted a personalised 'get out of work' letter for workers to hand to their employers, saying that a loss in output would be "for a good cause", even going as far as telling workplace managers to "act like a good leader and take the day as well".

And don't forget to wear your jersey !! #businessattire RT @ussoccer: Need note to get out of work Thurs? #LetsDoThis pic.twitter.com/fa49OKM0hu

Not particularly renowned for a love of the game, the US has seen a real surge in popularity for the sport during this World Cup, one that many commentators have noted is being largely driven by a young fan base, an encouraging sign for the future of 'soccer' in the country.

Last week's 2-2 draw against Portugal was the most-viewed football match in US history, with 25 million tuning in. This was 20 per cent higher than the figure that turned their sets on for the country's big game of the 2010 World Cup against England.

Large screens in public spaces across the US have drawn in large crowds, with bars, cinemas and other locations hosting thousands of people in “viewing parties”.

Klinsmann's side needs a draw against Germany later today to guarantee a place in the knockout round of the competition. If they were to beat Germany, they would finish top, a remarkable achievement in a group dubbed 'The Group of Death' before the tournament.

With a victory against Germany, Klinsmann's USA could top Group G (Source: Getty)