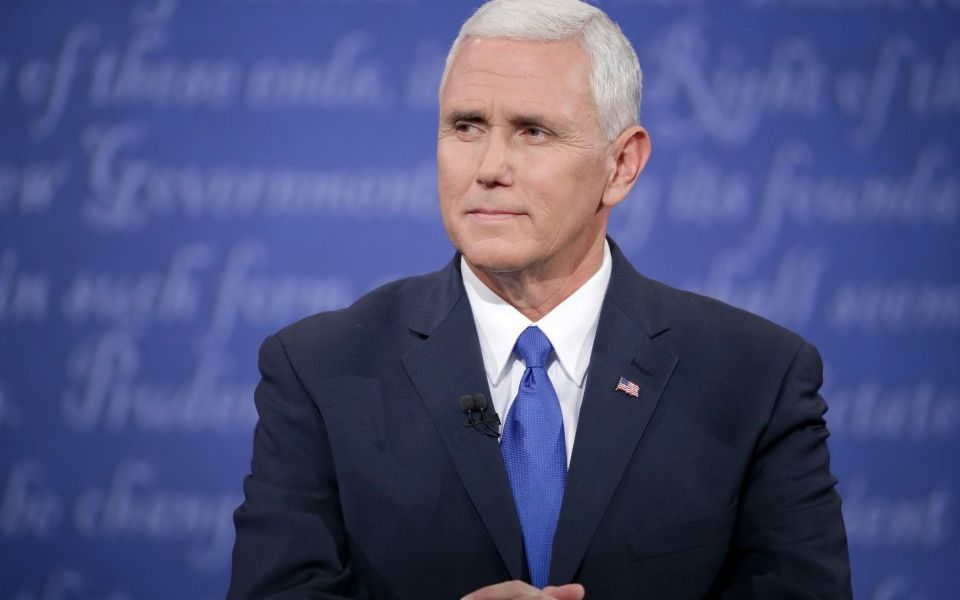 US vice president Mike Pence will speak at a trade banquet in the City when he visits London next month, City A.M. can reveal.

The black tie dinner, hosted by the City of London Corporation, will take place at Guildhall in the Square Mile on 5 September and will also be attended by the international trade secretary Liz Truss.

Some City councillors are unhappy that Pence was invited to the Square Mile in light of his opinions on a range of social issues.

Councillor Richard Crossan said: “Pence’s views on LGBT rights and immigration are the polar opposite of what the City stands for. I hope the Corporation will think again about giving him a platform and tacitly endorsing his prejudice.”

Another councillor told City A.M. they are not going to attend the event in protest and that other invitees were likely to do the same.

The source said they believed the event was being held as part of the wider government strategy to court the US for a post-Brexit trade deal.

“I know what the justification for this dinner is,” they said. “It is an important trading relationship. But I think it is a very uncomfortable situation dealing with the current US administration.”

City A.M. understands the invitation was first sent to Pence by Liam Fox, who was sacked as trade secretary in Boris Johnson’s Cabinet overhaul.

Another senior figure in the corporation warned that the invitation was likely to attract protests. They added: “Quite why a man whose views on a range of things from women’s rights to LGBT issues – and which are so at odds with this modern and diverse city – is being lauded is beyond me.”

A City of London Corporation spokesperson said: “A range of leading politicians, industry figures and dignitaries are invited to events throughout the year to promote the UK financial services sector and maintain our position as a leading international financial centre.”