US stock markets jump after China hints at stimulus 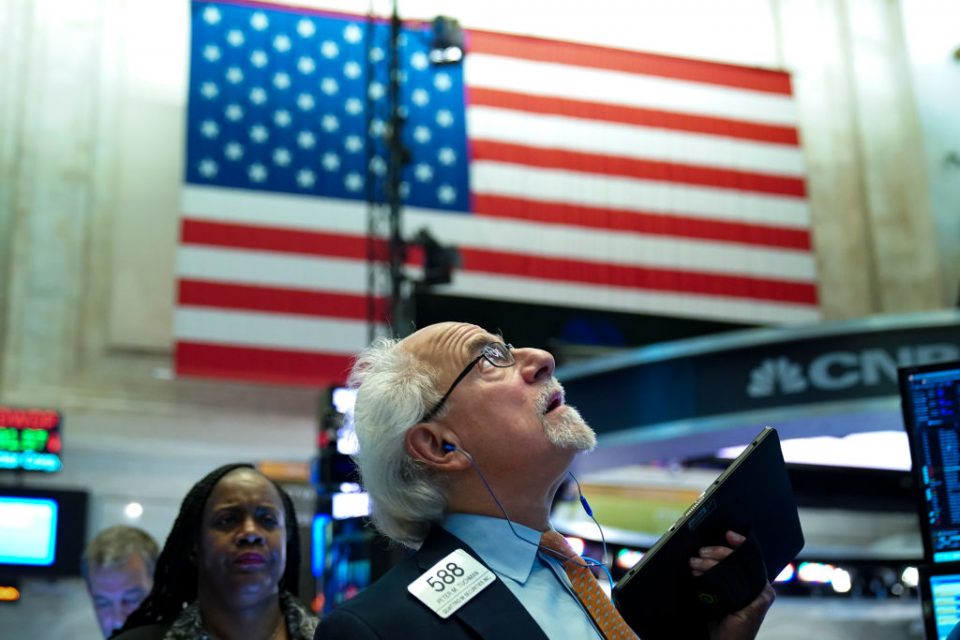 US stock markets have opened significantly higher after China sewed hopes of more stimulus and a rally in government bonds slowed down.

The tech-heavy Nasdaq index was the biggest climber, rising one per cent shortly after the opening bell. The S&P 500 had risen 0.8 per cent, while the Dow Jones was up 0.6 per cent.

US stocks followed their European counterparts upwards. The German Dax had risen 0.9 per cent by early afternoon, the French CAC 40 had climbed 0.9 per cent, while the FTSE 100 was up 0.3 per cent.

Global Investors were buoyed by the news that China is planning to inject some stimulus into its economy. Its state planning office said this morning it would act to increase disposable income.

Stock markets have had a torrid two weeks following the announcement by US President Donald Trump that his administration planned to put 10 per cent tariffs on $300bn of Chinese goods, adding to the $250bn of goods that are already levied.

China and the US were embroiled in a war of words yesterday after Beijing said Trump had broken a tacit understanding between him and Chinese President Xi Jinping over trade. Trump hit back, saying any deal would have to be on US terms.

New York’s three main stock indices have fallen over two per cent in a week and have lost value for three weeks in a row.

China’s state planning agency said this morning that it would boost disposable income for Chinese people this year and next through a stimulus programme. This sign that the world’s second-largest economy would turn on the taps cheered investors.

“We’re ending a turbulent week on a more positive note, as exhausted traders the world over head into the weekend in a more buoyant mood,” said Craig Erlam, chief market analyst at foreign exchange firm Oanda.

The rise caused shorter-dated bond yields to once again became lower than longer-dated ones again. An inverted “yield curve”, when longer bonds have yields below shorter ones – which occurred this week – spooks markets as it shows investors think a downturn is coming.

“While I’d like to think there’ll be no more drama in the final hours of trading, I’m just not that optimistic,” Erlam said. “The calendar may be a little thin but the yield curve inversion has spooked a lot of people this week and that may become very apparent again heading into the close.”