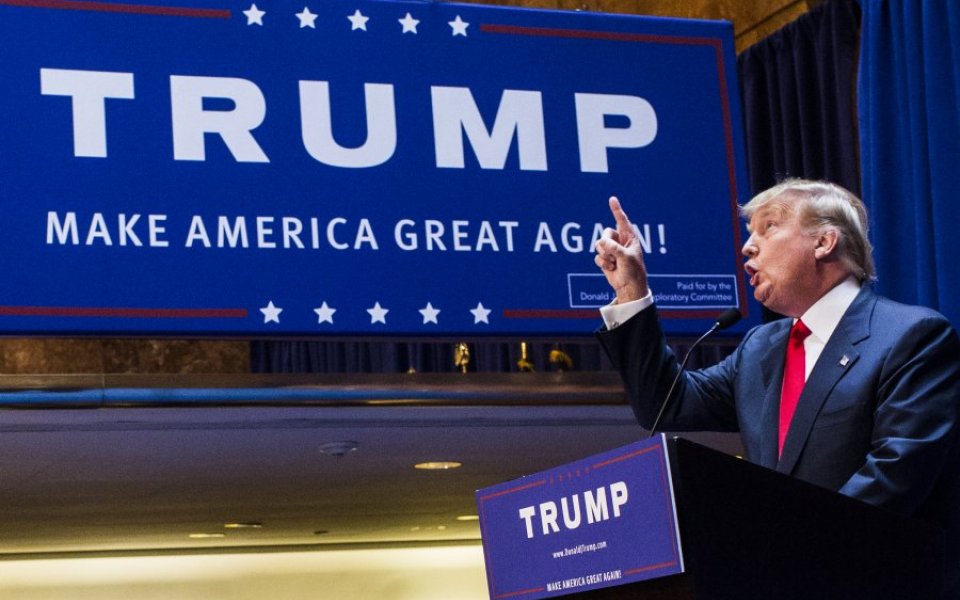 Buoyed by a 20-point victory earlier this month in New Hampshire, Donald Trump currently holds a 19-point lead over his closest Republican contender in this weekend’s South Carolina primary. And there are a number of reasons why Brand Trump is resonating among voters – for now, at least.

Like or loathe his manner and the opinions he so readily shares, the businessman turned would-be leader of the free world is having a tremendous impact thanks to his understanding and deployment of brand management techniques – strategic tools that any brand now needs for success.

Typically, what brands need to do to motivate consumers is invite participation and inspire action. As an action-oriented politician, Trump is a master at provoking an emotional and active response from voters.

He is relevant, too – a crucial attribute all brands need to consider.

Many will argue that playing on the fears of ordinary people is exploitative and shameful. But it’s hard to deny that by tapping into something very important that cannot be ignored, and doing so in a way few other politicians are able to do, he is channelling a very real and current sentiment.

He is clearly differentiated.

Again, this is a tactic critical to brand success and one he is directly employing by his refusal to be something for everyone – a pitfall common to many brands (and politicians). But for Trump, his clear sense of personality and fearlessness in communicating to voters in the way he acts, talks and walks, makes him stand out.

And, above all, he is transparent; a quality endlessly debated in the political world, but so rarely put into practice.

Unafraid to say what he thinks, consistently and throughout his campaign, Donald Trump speaks with a conviction few politicians possess. As important, however, is the transparency in his actions which is why his message is resonating so well. By speaking the language of the people, he brings them into the debate.

From a brand perspective, on these four points Trump scores highly. And without doubt, there are positive lessons the political world can take from this on the need to bring politics back to being rooted firmly in social change and about real people’s everyday lives. It will be interesting to see if Trump’s ability to differentiate himself from other politicians will change the way things are done in politics in the future.

But Trump’s triumph over coming weeks and months is by no means a foregone conclusion. And, once more, the answer lies in branding. Motivation, relevance, differentiation and transparency are not the only things successful brands are judged on. Just as, if not more, important are: is the brand future-proofed and is it credible?

Where is Trump’s strategic view on how best to drive America – and the world – forward? Lack of clarity surrounding his view on this will surely undermine his credibility in just the same way that a brand without long term vision or viewpoint risk falling through a credibility gap.

Successful brands are flexible, too – listening and responding to their marketplace as it ebbs and flows. Scratch the surface of Trump’s presidential campaign and his tool kit is brim-full with tactics to motivate people carefully tuned to the current climate and prevailing fears. But what will happen as this landscape changes?

Above all, however, is the question of for how long Donald Trump will be able to play on his reputation as the underdog who confounds expectation by winning the day – even at later stages in the presidential election. Whatever the eventual outcome, the journey will certainly be an interesting one.