US jobs growth flattens, but is the headline the whole story? 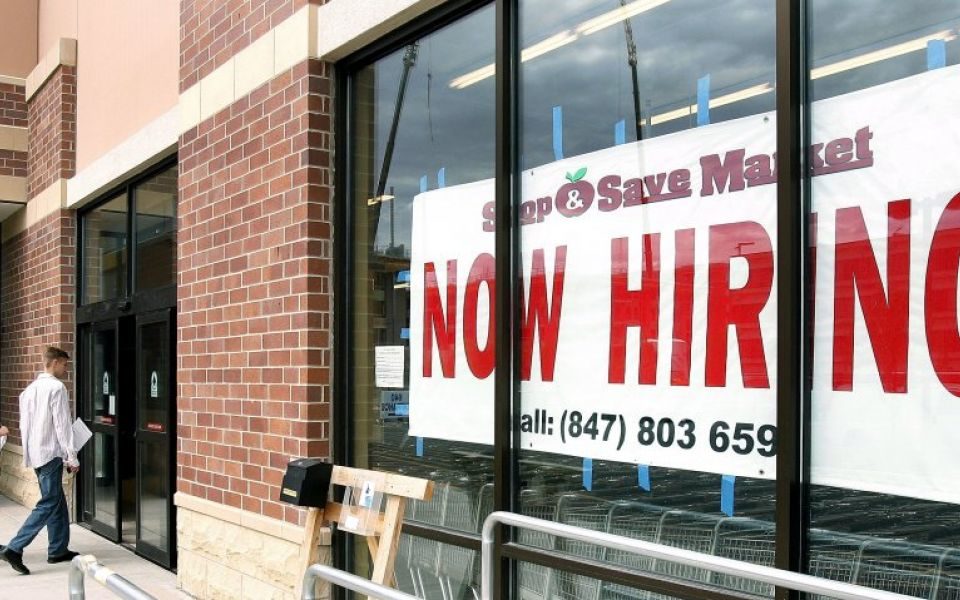 US hiring stalled in February, according to the latest non-farm payrolls report. The economy added just 20,000 jobs last month, down from a stellar 311,000 in January, and well below market expectations of 180,000.

The market reaction has been swift; the Dow tumbled over 200 points, a 0.9 per cent loss, immediately after the release to trend around the 25,255 handle. The S&P 500 posted a commensurate decline, shedding 25 points to trend around 2,726. The dollar is down between 0.1 per cent and 0.6 per cent against its major currency peers, while the Dollar Index broke below and then reclaimed the 97.30 pivot.

The jobs creation figure was the weakest since September 2017. But is the headline number the whole story?

The headline employment change figure is just one of the metrics that was updated, and looking elsewhere the picture is pretty positive.

After rising at the start of the year, the unemployment rate fell back below 4 per cent after breaking the threshold due to the number of federal workers left temporarily unemployed by the government shutdown. At 3.8 per cent it was also lower than December’s 3.9 per cent. Joblessness remains at lows not seen since the late 60s/early 70s.

Meanwhile, average earnings figures hit their best levels since 2009. Pay growth in February clocked in at 0.4 per cent on the month after the 0.1 per cent growth seen in January, while annualised pay increased 3.4 per cent.

The extent of the slowdown in the headline number is marked, but there are a number of extenuating circumstances.

To begin with, jobs reports are liable to revision, meaning the February numbers could easily be revised by tens of thousands when the March report is published. A single report is in itself not as significant as the market reaction would have you believe. Averaging out jobs growth for December through February gives a monthly growth rate close to 200,000 – a respectable level.

February was a month that saw the US economy having to deal with multiple one-off risks, including the government shutdown and poor weather that dampened consumer spending.

What does this mean for the Fed?

The Federal Reserve made clear in its latest meeting minutes that its monetary tightening cycle would remain on pause, and that policymakers would be patient with regards to the next rate hike. Rate-setters have emphasised the importance of the latest economic data.

The Federal Open Market Committee is likely to overlook a one-off slowdown in the pace of job creation and instead focus on the robust pace of wage inflation. This will increase the upside risks to the inflation outlook, although with the global growth outlook worsening – the European Central Bank only yesterday cut its forecasts and launched a new round of TLTROs (Targeted Long-Term Refinancing Operations) – the Fed is unlikely to be in a rush to raise borrowing costs again.

The US economy is close to a record decade-long period of expansion, and policymakers can’t afford to ignore the signs that the economy is reaching the late stages of its cycle. Strong wages will need to be backed up by other solid data prints in the coming weeks before Jerome Powell feels ready to weather the ire of President Trump and the equities markets and crank up the federal funds rate again.

However, if next month’s jobs creation numbers were to print poorly as well then the Fed would have a real problem on its hands.

So, the NFP numbers aren’t as bad as they first appear. Have they caused a huge shift in the monetary policy outlook? Not really, but there could be trouble ahead if February’s poor performance turns out not to have been a blip.