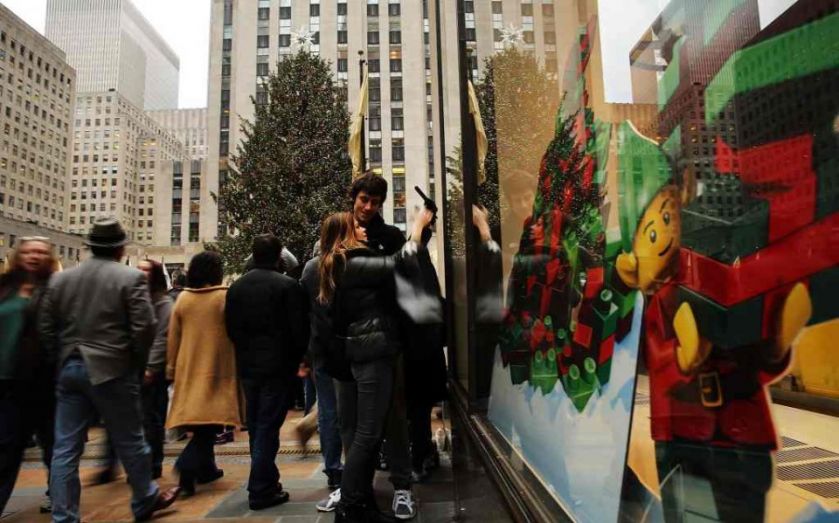 Here's a nice early Christmas present for Barack Obama: the Dow Jones Industrial Average smashed past 18,000 for the first time ever today, as third-quarter US growth was revised up to five per cent – the country's fastest pace of growth in 11 years. 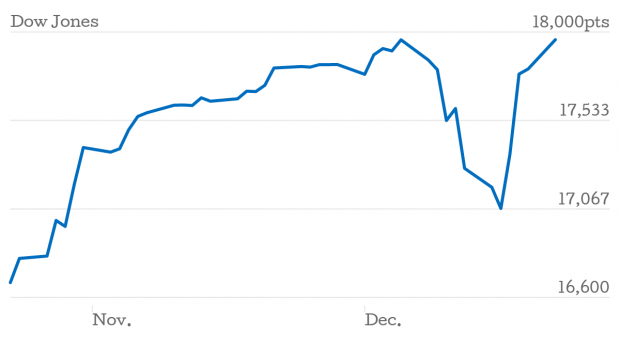 The figure was revised up from the 3.9 per cent it reported last month, on stronger consumer and business spending than originally expected.

It's the fastest growth since the third quarter of 2003, and is now 1.5 percentage points higher than the figure first reported in October. The figure is also up from 4.6 per cent growth in the second quarter.

The Department of Commerce said consumer spending had – which accounts for more than two-thirds of the US economy – rose 3.2 per cent, its highest jump since the end of 2013. Business investment rose to 8.9 per cent, from the 7.1 per cent originally mooted, after stronger spending on equipment, intellectual property and property.