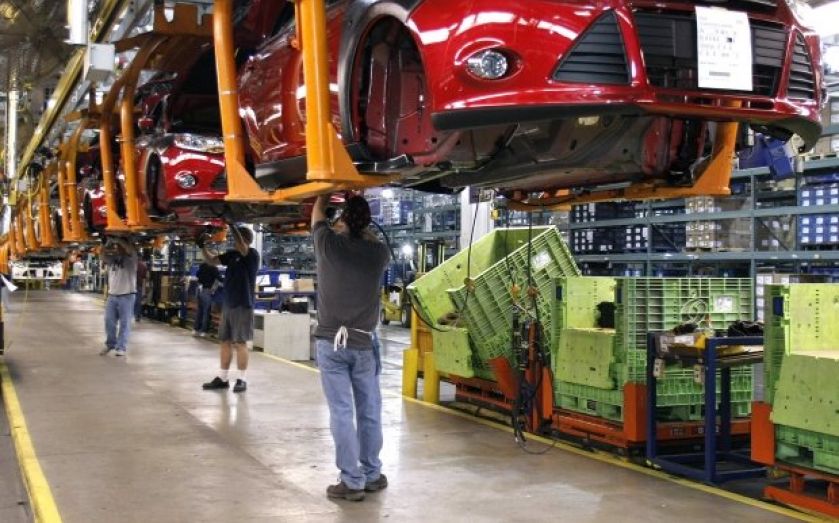 US economic growth slowed in the third quarter but beat expectations as consumer spending and higher exports offset a fall in business investment.

The US economy grew at an annual rate of 1.9 per cent between July and September, the US Commerce Department said today, down from two per cent in the second quarter and 3.1 per cent in the first.

This downward trend is likely to encourage Federal Reserve policymakers to cut interest rates for the third time in a row when they announce their decision later today. A 25 basis point (0.25 percentage point) cut is expected.

The Fed’s target interest rate currently stands at 1.75 to two per cent, following two consecutive reductions which were both couched as insurance against the effects of the US-China trade war.

The better-than-expected growth figure will probably discourage the Fed from making a deeper cut of the sort US President Donald Trump has repeatedly called for, however.

Andrew Hunder, senior US economist at Capital Economics, said: “While we continue to think a recession will be avoided, the latest business surveys are consistent with a further slowdown in growth to only around one per cent annualised in the fourth quarter.”

He said such a slowdown “should be enough to prompt a final 25 basis point cut from the Fed at the December Federal Open Market Committee (FOMC) meeting”.

The US Commerce Department said consumer spending was strong in the third quarter, fuelled by the lowest unemployment rate in nearly 50 years.

Trade tensions with China caused business investment to suffer, however. It fell at its fastest pace in almost four years.

Chris Towner, director at risk adviser JCRA, said: “The recent rate cuts with one more expected today should help to invigorate the economy. Even better, if Trump and [Chinese President] Xi can manage to sign a trade deal next month in Chile, Trump could get his Christmas wish delivered in 2020.”

“That wish would be for economic growth to strengthen throughout 2020, which will allow him to run for another term with an all-important economic tailwind behind him.”