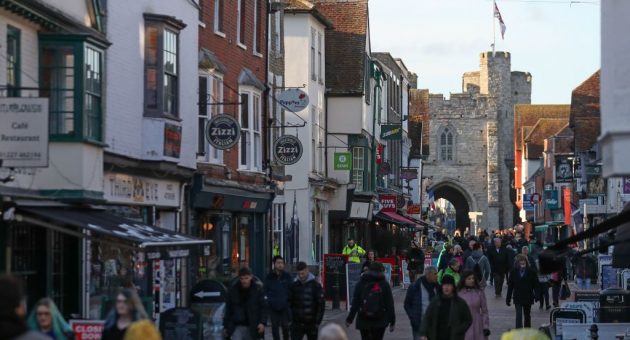 The US ambassador has warned that a post-Brexit free trade deal is "totally up in the air" after the details of Theresa May's Chequers plan emerged this weekend.

The new policy – which the Prime Minister hailed on Friday evening as "business-friendly" – is based around a common rule book for industrial goods and agricultural products. This is the main reason given by David Davis for resigning as Brexit secretary late last night. He was replaced by Dominic Raab this morning.

Ahead of Friday, several Cabinet ministers raised concerns with it on the basis that it might threaten the chances of getting a good deal with the US. Davis was said to be "absolutely livid" with the proposals while foreign secretary Boris Johnson reportedly described the situation as "polishing a turd".

This morning the US issued its verdict and it appears Brexiters were right to fear the impact.

Woody Johnson, Trump's ambassador to the UK, told the BBC: "I would say that the bilateral agreement, whether we have one or not, is totally up in the air at this point."

Last week, he had said it was a priority for the US – but now he warned the UK's position was "a lot more complicated".

Meanwhile the European Commission has shrugged off the impact of Davis and Johnson's resignations.

President Jean-Claude Juncker quipped: "This clearly proves that at Chequers there was unity of views in the British Cabinet."

European Council Donald Tusk said: "Politicians come and go but the problems they have created for people remain. I can only regret that the idea of Brexit has not left with Davis and Johnson. But…who knows?"

The commission's chief spokesman Margaritis Schinas told journalists there would be no disruption to the process, saying "we are here to work” and that the Commission was "available 24/7”, including over the summer.

He added: "In this house it is very clear that our position has always been very cool. We avoided positioning the commission in terms of psychological elements – concern, enthusiasm, disappointment and so on. We are here to do a job."