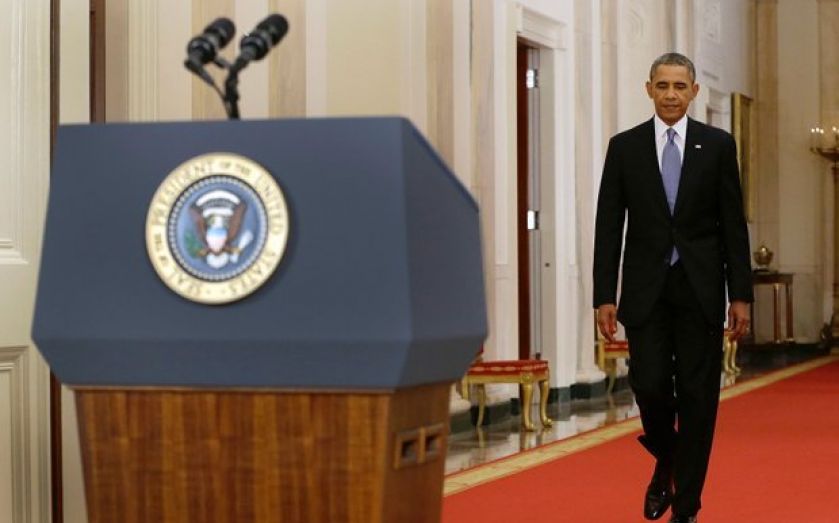 IT IS painfully evident that the agreement reached over Syria’s chemical weapons by Washington and Moscow in Geneva is so much less than meets the eye. The accord imposes unbelievably quick deadlines for Bashar al-Assad’s regime to meet. By the end of this week, Syria is to submit a full list of its chemical facilities. It is to provide immediate and unfettered access to sites for international inspectors, with the weapons destroyed by mid-2014. The regime is to join the Chemical Weapons Convention (CWC), giving UN inspectors the legal backing to investigate Syrian compliance.

Each of these points is easy to dispose of. Assad is already backtracking on signing the CWC, saying he will do so only if the US forswears the future use of force against him, stops sending arms to the rebels, and if arch-enemy Israel also signs. The lightning pace of the whole process stands no chance of working without the complete and enthusiastic backing of the Syrian regime. This does not appear to be forthcoming.

Second, there is the overwhelming fact that this is taking place in conditions that could almost not be worse. With civil war raging, the chaos surely makes it impossible for the inspectors to destroy Syria’s chemical weapons programme in such short order. But even if the Herculean obstacles I’ve mentioned were somehow overcome by demigods, does any of this strategically matter?

At this more important strategic level, the chemical weapons controversy is not the central point. What Vladimir Putin has managed to secure is the high likelihood that the US will not become militarily embroiled in the Syrian morass. As such, one of two fixed outcomes remains plausible – either Assad wins outright, or the country is partitioned de facto, with the regime retaining control in the east of the country along the coast. Russia and its client can live with either; now nothing will upset this favourable (for them) strategic reality.

For President Obama, poor Monopoly player that he is, the Geneva deal amounts to a Get Out of Jail Free Card. He is no longer a prisoner of his own self-defeating rhetoric. Ironically, a year ago, the President came to the correct realist conclusion about Syria: US intervention was a non-starter, as the lack of a direct and imminent threat to US security, the complexity of such a course of action, and the dubious nature of the rebels all made any such adventure ill-advised.

But he could not resist throwing a bone to the humanitarian intervention crowd, the Wilsonians who make up a majority of the Democratic caucus on foreign policy. After disappointing them with his caution, he did say that if Assad behaved very badly and gassed his own people (as if killing them by other means was more gentlemanly) he would reconsider. The whole point of this faux promise was that the President never, ever, expected to have to act on it. It was made to balance factions in the Democratic Party in Washington, not to be taken seriously as policy. With Assad calling his bluff, suddenly the emperor was very much not wearing any clothes.

Geneva lets Obama off the hook of starting a war he is sensible enough to desperately want to avoid. Likewise, he escapes from a vote over the crisis, which would surely have amounted to a stunning repudiation in the House and quite possibly the Senate, crippling the three long years that remain of his presidency. For the Obama White House, the deal has little to do with facts on the ground in Syria, and a great deal to do with what goes on in Washington.

But no amount of face saving can hide the fact that something important has been revealed. In maximalist tones unrelated to real world concerns, Obama grandly pronounced that Assad must not gas his people or there would be Jovian repercussions; to put it mildly, there have not been.

The obvious disconnect between US rhetoric and reality is coming as an excruciatingly painful shock for its foreign policy elite, who almost to a man support American maximalist positions, be they the humanitarian intervention types dominating the Democratic Party, or the foreign-policy-on-steroids neoconservatives still somehow in charge of the Republican Party.

That is not to say that the US is not the most powerful country in the world (it is), or that the US will not remain so for the foreseeable future (it will). Given the coming shale revolution and a host of other real and enduring advantages, the future is still very much America’s. But history is not inevitable; this will only happen if its leaders wake up to the fact that we live in different and challenging times requiring a fundamentally different foreign policy, based on the world as we actually find it. The time has come for foreign policy realism.