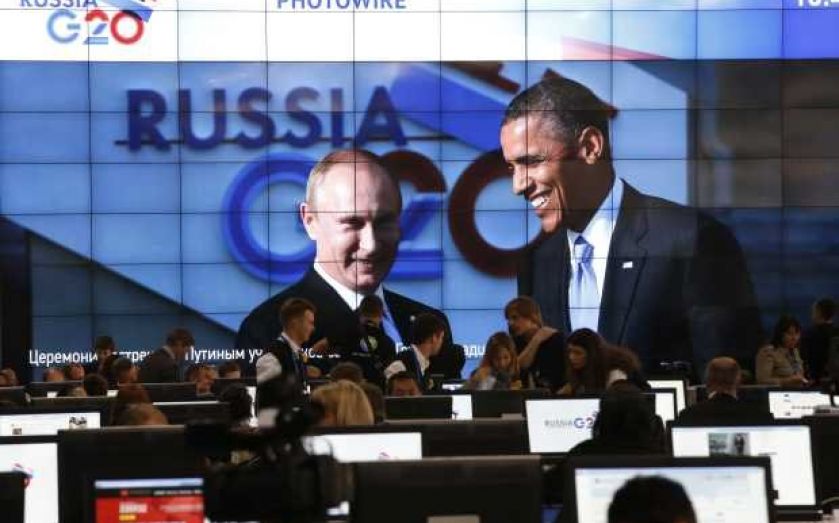 TWO NOTABLE failures – US Secretary of State John Kerry and Russia – have dramatically transformed the Syria crisis in recent days. Kerry, who could not beat George W Bush despite the Iraq War, may have committed one of the more beneficial rhetorical stumbles of all time. Living up to his reputation for intellectual overconfidence and verbosity, Kerry’s mocking suggestion – that the Assad regime could escape air strikes if it surrendered its chemical weapons – was seized upon by the Russian foreign minister as a way to avoid war.

More importantly for Vladimir Putin, however, this stumble is a way to further Russian interests. The Assad family is a long-time client; an ill thought-out US air strike, while changing nothing on its own, could drag the US directly into the Syrian morass. It would prove disastrous for Russia, given that the Syrian government is now winning the civil war.

The Kremlin cannot afford any further geostrategic setbacks. Putin’s Russia, far from belonging to the booming Brics, is in terminal decline, with horrendous demographic problems, endemic corruption and an economy wholly dependent on the spot price of oil and gas; this in the face of the coming fracking revolution. It is an open question if, over the medium term, Russia will be able to remain a great power at all.

But crucially Putin, unlike Obama, understands Russian national interests and has no domestic constituencies to really worry about regarding foreign policy. He has taken advantage of Kerry’s blunder and the world’s geostrategic vacuum to punch well above his weight.

This void exists at two levels, both globally and within the US itself. Rising powers like China, India, Indonesia, Brazil, and South Africa have little skin in the game in the Middle East, a region where they have neither a long-term history nor deep-seated interests beyond the continuing flow of oil. One of the defining characteristics of the new era is that the rising powers – other than the still omnipresent US – tend to be regional in scope and in interests. A fading Russia still matters in the Middle East, in part because so few other outside powers do.

More importantly, the Syria crisis has made it clear that the US is turning in a realist direction, despite the wailing of the Washington interventionist community of Democratic humanitarian hawks and Republican neocons. Polling on this point is conclusive; the US public want to remain engaged and involved in the world, but have had it with their country being the global policeman.

The Pew poll numbers of 8 September over Syria confirm this. By a whopping margin of 63 to 28 per cent, those polled were against any form of military intervention in Syria, regardless of the horrible chemical attack, and in direct opposition to a bipartisan majority of the Washington foreign policy elite.

This is the butchers bill for Iraq. Just as the House of Commons’s rejection glaringly showed that Britain no longer buys a bland US assurance of “trust me” following the Iraq debacle, the American people need more convincing before they will acquiesce in spending blood and treasure for causes with dubious objectives. Hence Obama’s huge difficulty in selling air strikes to a Congress that does little else besides reading opinion polls. In the words of Bob Dylan, “You don’t need a weatherman to know which way the wind blows”.

This is the pattern of the future in this new world. Putin, knowing Obama wants no part of the Syrian morass, has no qualms about throwing American do-gooders a bone over Syria regarding chemical weapons (though carrying out an action plan to get rid of them will prove fiendishly difficult in practice), as long as his primary medium-term goals (the Assad regime’s survival and, with it, Russian influence) are undisturbed.

And herein lies the danger. During the Cold War and the period of US ascendancy afterwards, it did not really matter if Washington did things around the world in a thoughtful manner, so great was its geostrategic dominance. You get Vietnam wrong, you still win the Cold War. Have Somalia blow up, leave and know the global power balance is not altered. But in a world of many powers, America’s margin for error is exponentially smaller. Caught between the Scylla of a global power vacuum and the Charybdis of US strategic confusion, other lesser powers will now often be able to take hold of global momentum.

As is true with Russia, many of these powers do not have western interests at heart. In this world of many powers, it is imperative that the US thinks through a realist foreign policy that fits the more diffuse times we live in. Otherwise, we will live at the mercy of Kerry’s ramblings and others’ calculations.