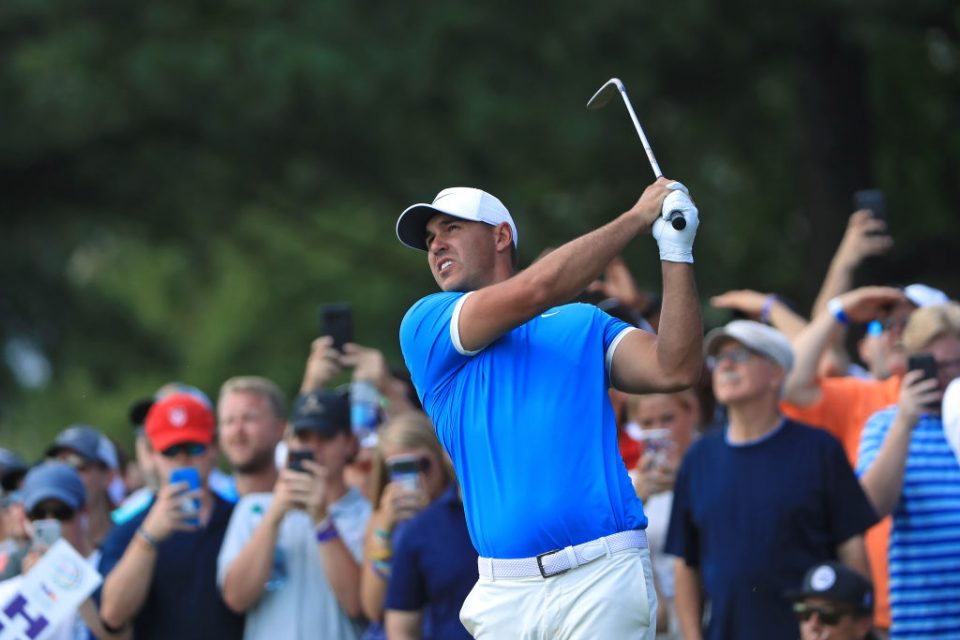 Major wins may have been behind Brooks Koepka’s rise to world No1 but he was always going to start becoming more prolific across the board – he is just too good not to.

The American underlined that fact in magnificent style on Sunday, winning only his third PGA Tour event outside of the Majors at the WGC-FedEx St Jude Invitational.

Rory McIlroy looked to be bouncing back from a disappointing week at his home Open Championship when he took the lead with a fantastic round of 62 on Saturday.

But he missed a lot of putts and finished with a poor 71, five shots behind Koepka in fourth place. It just isn’t happening for Rory in final rounds at the moment.

Koepka, on the other hand, showed why he is top of the pile now. He is great to watch and has as good a demeanour as anyone on the circuit.

From the first hole to the 72nd, he doesn’t change; he just gets on with his game. He’s a bit like Dustin Johnson in that regard, but more upbeat.

It’s very difficult to criticise McIlroy. On paper, he has two wins and 10 more top-10 finishes in 16 events this year; you can’t play much better than that.

His last rounds have not been great but he hasn’t been making 77s or 78s either. He doesn’t look like choking, although maybe he has lacked a killer instinct.

In the wake of missing the cut at The Open in Portrush, Rory spoke about changing his mental approach to Majors and needing to treat them differently to other tournaments.

Given the magnitude of those events, I’d want to stay as relaxed as possible. But it’s a case of doing whatever is needed to play your best golf.

All eyes are now on the conclusion to the FedEx Cup, where Koepka leads McIlroy in what looks like being an intriguing battle.

It does seem silly, though, that we now have to wait nine months for the next Major, having squeezed them all into a four-month spell this year.

This suits the PGA as it means more focus on the FedEx Cup. It is also to do with scheduling around the Olympics. I understand all that but I don’t think it’s what the golf world wants.

The phenomenal Bernhard Langer was at it again at the weekend, winning The Senior Open for a fourth time and becoming the oldest man to claim a senior Major at the age of 61.

The German has won more senior Majors than anyone else – he’s now up to 11 – and is the only man to have won all five, completing the senior grand slam.

Langer still looks the same as he did 25 years ago and if anything is swinging the club better than he ever has.

Lastly, good luck to England’s Georgia Hall as she prepares to defend her Women’s British Open crown at Woburn this week.