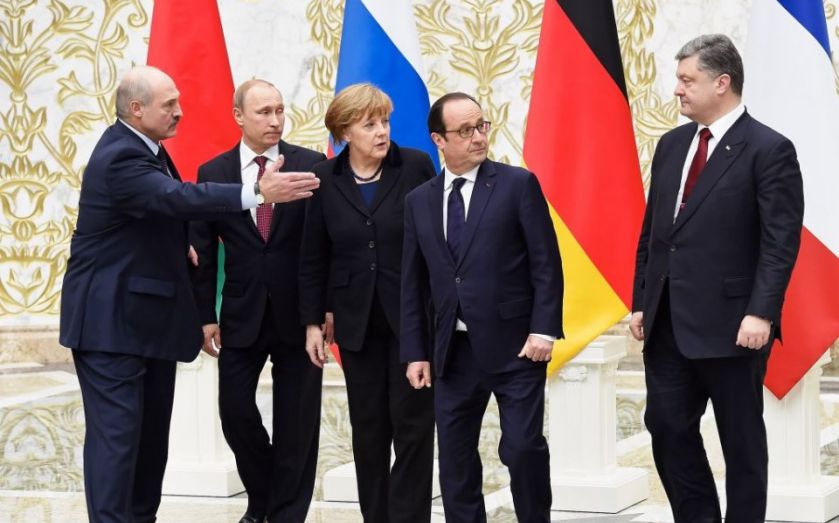 Russian President Vladimir Putin has announced that a ceasefire for eastern Ukraine will begin on 15 February.

The announcement comes after marathon talks in Minsk, which swayed between reports a deal could be imminent and claims that Russia's terms were unacceptable. With the news comes an announcement from the IMF, which reported it would replace the abandoned $17bn (£11.1bn) bailout programme for Ukraine with a new $17.5bn regime, which will likely lead to a restructuring of the country's privately-held debts.

The plan was abandoned when the crisis escalated, with the IMF delivering $4.5bn before conflict enveloped the east of the country.

After talks in Minsk involving Russian President Vladimir Putin, Belarussian President Alexander Lukashenko, German Chancellor Angela Merkel, French President Francois Hollande and Ukrainian President Petro Poroshenko it was reported that both Putin and Poroshenko would sign a joint document, offering hope that the crisis could be drawing to a close. However, that was then thrown into doubt by Poroshenko.
Speaking to AFP, the Ukrainian leader explained:

Now it seems the talks have swung back again.
More to follow.