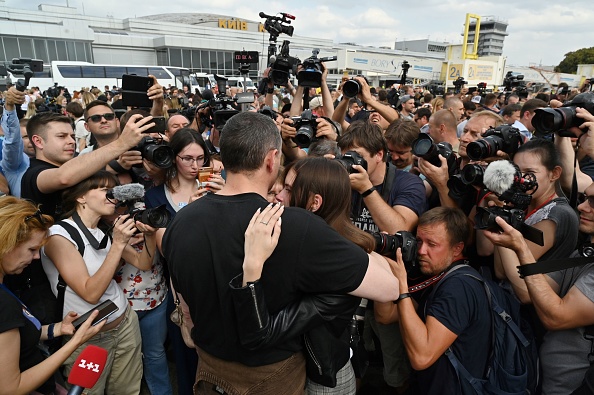 Russia and Ukraine have exchanged prisoners in a long-awaited deal that is widely hoped will reduce tensions between the pair.

Among the 70 prisoners freed were the 24 Ukrainian sailors, a “person of interest” regarding the crash of flight MH17 that took the lives of 298 people, and Ukrainian film director Oleg Sentsov.

Speaking at the airport as prisoners returned home, Ukrainian President Volodymyr Zelensky said: “We have to do all the steps to finish this horrible war.”

The conflicts in Donetsk and Luhansk have killed more than 13,000 people since.

Zelensky took office in April after being elected as the new President. He said his top priority was to end the conflict.

Russia said they were happy that nationals had been returned home and that the progress towards the prisoner release was vital for improving the “atmosphere surrounding a settlement of the Ukrainian crisis”.

Negotiations regarding the swap were held in complete secrecy with both sides fearing that any leaks would completely derail the exchange.