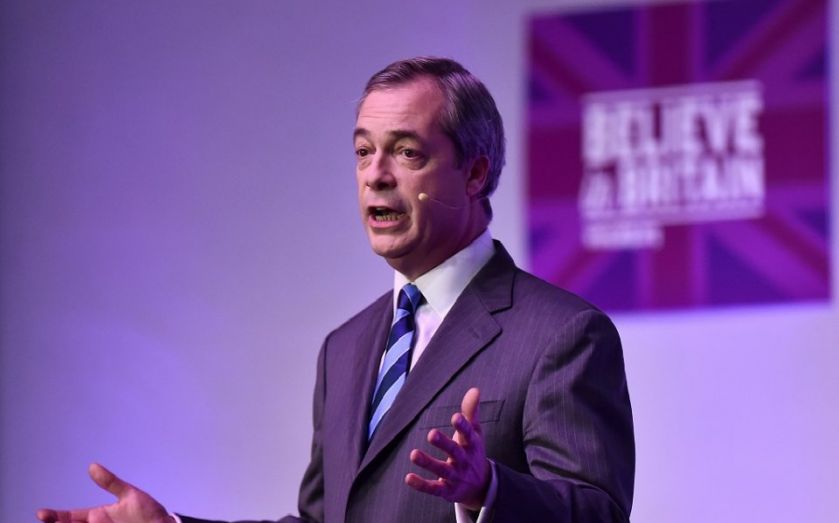 Ukip has launched a stinging attack on the BBC in anticipation of what the party has labelled a "pro-EU" mockumentary to be aired on tonight on BBC 4.

The Storyville programme "The Great European Disaster Movie", authored by Italian director Annalisa Piras and ex-editor of The Economist Bill Emmott, envisions a dystopian post-EU future where rioting and the far right dominate the continent and ISIS is on the borders of central Europe.

In this fictional future Nigel Farage is the Prime Minister of "Great England" and is presiding over the deportation of all immigrants who arrived in the UK over the past decade.

Today, Ukip decided to go the offensive, tackling what it believes to be BBC bias. The party pointed out the Beeb had received £22m from the EU in the last seven years while Ukip MP Mark Reckless claimed Emmott told him the Corporation had received EU money to help make tonight's film.

BBC bias in favour of the EU 'project' has been obvious for years. However, figures on the Financial Transparency website of the European Commission now indicate just how deeply the BBC benefits from the goodwill of the EU elite. Between 2007 and 2013 the BBC was paid more than £22m by the European Union.

He went on to ask why the BBC, unlike many other EU funded projects did not feature the Union's logo:

Given that the BBC has received £22 million from the EU, UKIP asks where is the BBC’s EU logo displayed on the programmes that it makes?

Andrew Allison from The Freedom Association that runs the 'Axe the TV Tax' campaign, said:

Here we go again. The BBC, an organisation that receives some EU funding, is doing all that it can to prop-up its friends in Brussels. Instead of being impartial, it is once again showing which side of a referendum campaign it will be on. Yet another reason to axe the TV tax.

Ukip MEPs were not the only ones to vent their frustration over the BBC's perceived lack of balance. Conservative MEP and Eurosceptic Daniel Hannan said "this is typical of the pro-EU side. They make such ludicrous claims they make themselves look ridiculous".

A BBC spokesman responded to the accusations over EU funding and bias saying:

No EU money was used in the making of the programme being aired on the BBC. Impartiality is of paramount importance for the BBC.

This fictional programme reflects the author's vision. BBC editorial guidelines do not prevent the acquisition of independent programmes which approach subjects from a particular perspective. "

The film features comedian Angus Deayton in the role of archaeologist Charles Granda, who attempts to explain to a little girl on a flight struggling through a storm what the EU was.

This evening, BBC4 will screen a mockumentary imagining the end of the EU. I think we all know what line it'll take. pic.twitter.com/WTu2CnZAgd