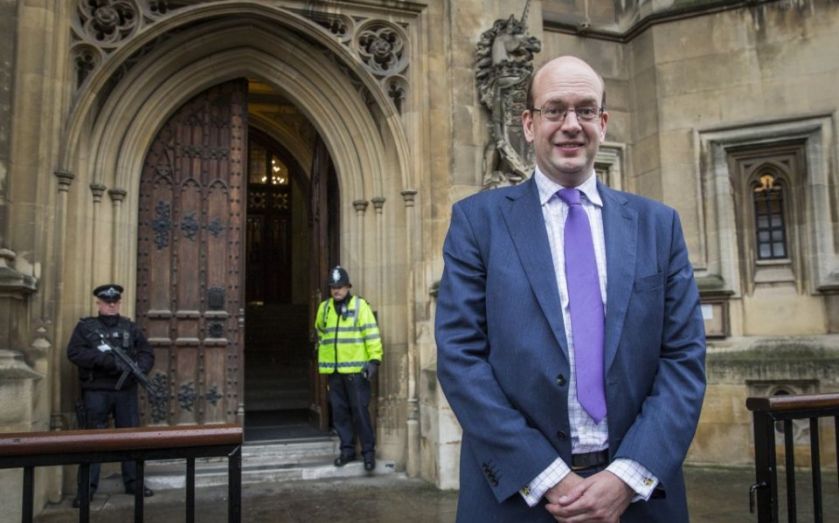 Ukip MP Mark Reckless is crowd-funding to fend off legal action from the Conservatives who claim his defection cost them money.
It emerged yesterday that the Tories were suing Reckless and his election agent for more than £3,000, claiming they both apporoved expenditure for campaign literature for next year's general election up to two days before his defection.
The claim form, published by local paper the Medway Messenger, says “the Rochester and Strood Constituency Conservative Association had no choice but to later discard” the leaflets and posters, incurring an “unncessary expense”.
Today Reckless fought back, sending out an email to Ukip supporters describing the move as “sour grapes”.
It said: “While the voters opted for UKIP, the Tories still don’t want to accept that.
“This legal action, therefore, is a slap in the face for the people of Rochester and Strood who elected me as their MP. It’s a slap in the face for democracy. They lost, and they’re sour about it. And now they’re using nasty party tactics to try to drag me to court and hurt us in the pocket.”
The email and subsequent tweets from him and party leader Nigel Farage link to a crowd-funding page that asks for donations of £7.30 (reflective of the 7.3 per cent majority he secured), £20 or £50.

UKIP MP @MarkReckless is being sued by the Tories all because they've got sour grapes over losing. Support him here: https://t.co/mBGMk7K0rE

To help me deal with the post by-election sour grapes legal challenge from the Conservative party: https://t.co/MBopdVoraQ

There is no information on the page, which simply says the money will be used to “deal with the sour grapes legal challenge”, so it's not clear whether he plans to use the cash to fight the claim or pay up.