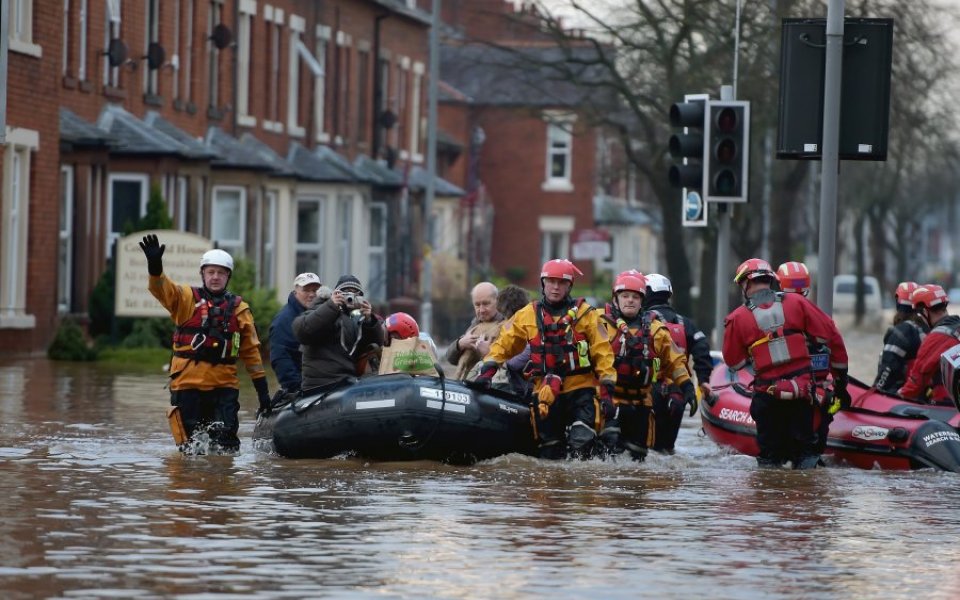 Storms including Frank, Eva and Desmond have contributed to make one of the wettest Decembers on record, while temperatures have risen to smash previous highs for the time of year.

Early provisional statistics from the Met Office suggest the UK mean temperature between 1 and 29 December was a record-breaking 8 °C which is 4.1 °C above the long-term average, beating the previous record of 6.9 °C, which was reached in 1934.

This is the highest anomaly above a long-term average temperature for any month since 1910 – temperatures were closer to what we might normally experience during April or May, the Met Office said.

On top of that, it has been the wettest December on record for Scotland (333.1 mm), and Wales (321 mm), while it is currently Northern Ireland's fourth wettest (208.1 mm). North west England has also seen record breaking rainfall, but central and southern England have been much closer to average.

For the UK as a whole its currently the second wettest on record.

"Storm Desmond played a significant part in making this a record-breaking month, bringing record-breaking rainfall totals over the Lake District and a lot of rain over some other northern parts," the Met Office said. "The Christmas period was also unsettled, wet and mild. Storm Eva brought gales and heavy rain on Christmas Eve with a further Atlantic depression brought heavy rain and flooding to north-west England, north Wales and parts of Scotland through 25 to 27 December. Storm Frank then dominated the headlines by 30 December."