The UK is trying to leave the European club – in Italy, the club is on fire 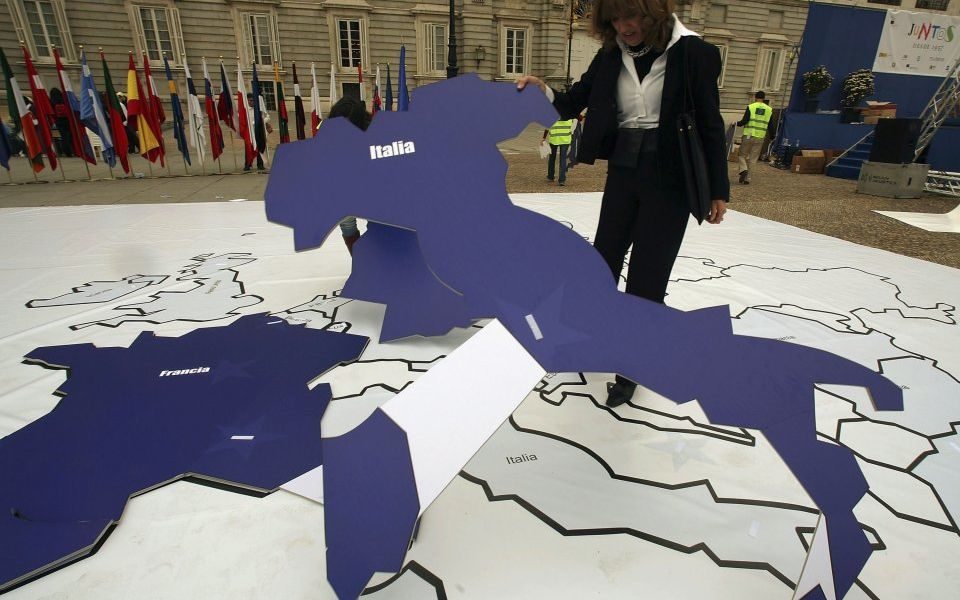 After Tuesday’s parliamentary showdown, all eyes are on Westminster.

Don’t be misled, though – the real existential threat to the EU lies in Rome.

In the UK, we are debating how to leave the golf club. In Italy, the golf club is likely to be swamped by an approaching tsunami. There may not be a golf club left to be a member of. Project fear tries to scare us into believing that the UK can’t function outside the EU. But project reality is that the EU might not function full stop, such is the scale of the threat.

The astonishing total is in part technical, but also surely reflects deep concern regarding the potential for a break-up of the euro.

The spread between Italian and German 10-year bonds rose to 334 basis points late last year, and still stands at 264. Spreads of this size, even before any crisis is initiated, are deeply worrying.

That crisis looks almost inevitable. Latest figures show that corporate lending fell 5.5 per cent in December as the European Central Bank (ECB) imposed draconian capital requirements on Italian banks. These are likely to reduce the money supply further, undermining the growth rate of nominal GDP, which is already way below historic trends.

Combined with rising non-performing loans, this creates what has been described as “the Italian death cross”.

This is likely to trigger “the Italian death loop”, whereby increasing bond yields undermine the value of the sovereign bonds held by the banks, further widening the gap between bank capital and non-performing loans. The problems with Banca Carige at the start of 2019 are merely the tip of the iceberg.

And as Italy slips into its third recession in a decade, this is going to pose a systemic threat.

If the economics wasn’t bad enough, the politics is worse. When leading government ministers describe the euro as a “crime against humanity”, you know that there’s unlikely to be a meeting of minds with the EU.

The rise of populism in Italy is likely to intensify in the run-up to the EU elections in May, further alarming financial markets, resulting in even higher Italian bond spreads. The interim deal with Brussels regarding the Italian budget merely kicks the can down the road.

Moreover, with the halt in the ECB’s bond purchase programme at the end of December, Italy has lost its buyer of last resort. Mario Draghi has also signalled that the ECB will not set monetary policy in order to come to the aid of specific Eurozone countries.

This is a huge mess, compounded by the fact that Italy needs to roll over around €350bn of debt this year. Sourcing the funding at affordable rates in an environment of capital flight will be a challenge, to say the least.

So if you think that there’s bad blood right now between London and Brussels, just wait and see how bad it gets between Rome and the rest of the EU.