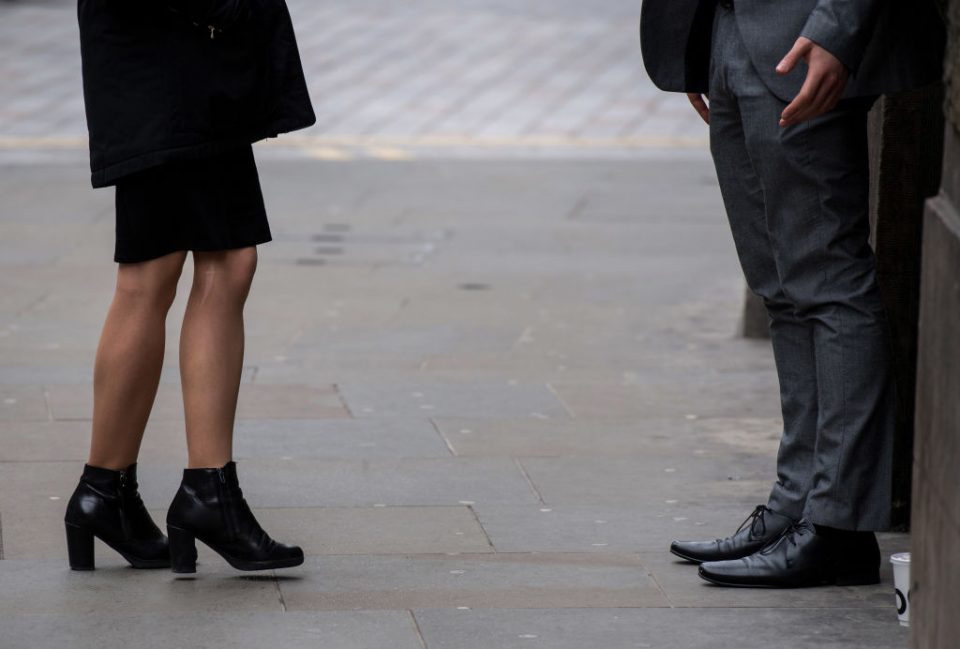 The UK has a “light-touch” approach to gender pay gap reporting compared to other countries, according to a new report.

New research by the Fawcett Society and the Global Institute for Women’s Leadership at King’s College London (KCL) found that Britain is vastly behind other nations, which have “much more robust systems” for reporting gender pay gaps.

It concluded that the UK needs to do more to speed up the nation’s efforts to achieve gender equality in the workplace, adding that Britain is “unique in its light-touch approach” to asking employers what actions they take to tackle gender pay gaps.

Regulations requiring large employers to publish data on their gender pay gaps came into effect in 2017, with the first equality reports being logged in 2018.

Under the new rules, UK companies with more than 250 employees in the public and voluntary sectors must record data on hourly gender pay gaps, bonus pay gaps, and the proportion of women in each pay quarter.

However, the government this year lifted the requirement just two weeks before the 5 April deadline, citing extraordinary circumstances during the coronavirus crisis.

As a result, nearly half of the 10,000 eligible employers chose not to submit their gender pay gap figures for the year.

Of the 5,822 that reported gender pay gap data despite the suspension, the average disparity between what women and men were paid hiked from 11.9 per cent to 12.8 per cent in the year to April.

Sinead Lynch, UK country chair at the energy group said: “Continuing to be transparent about our performance and how we are holding ourselves to account really matters — and that meant meeting the deadline.”

Sam Smethers, chief executive of the Fawcett Society, said: “Gender pay gap reporting has been a useful way to get employers to reflect on pay inequality in their organisations and to begin to address it.

“But it needs to be reintroduced as soon as possible with key changes made to make the system more effective.”

In previous years it has not been mandatory for UK private sector employers to publish an action plan to tackle gender pay gaps, and the Government Equalities Office estimated that just half elected to do so in the 2018-19 financial year.

Just one other country from the 10 analysed in the KLC report — Austria — does not make it compulsory for private sector employers to submit an action plan for gender pay gaps in at least some circumstances.

The report also called on companies with fewer staff to be made to report on gender pay gaps.

The UK’s 250-employee threshold is five times the average of 50 employees for the countries analysed by the researchers, suggesting pay disparities in smaller companies are going undetected.

“Lowering the minimum employee threshold for gender pay gap reporting would also enable us to get a more complete picture of how women are managing through the current economic disruption, and other countries show that it can be done in a way that isn’t an extra burden for smaller employers,” said Laura Jones, research associate at KCL’s Global Institute for Women’s Leadership.

Read more: The government is still dragging its feet on gender recognition

Step in the right direction

Speaking at Aon’s fireside chat series, Heal said: “The corporation of Lloyd’s has gone to parity, and we’ve done that in two years, so when people say culture is a generational issue to change, rubbish — absolute rubbish.”

“Yes, it takes time, but you can make a lot of change really quickly if you want to,” he added.

Heal’s comments related only to the Lloyd’s organisation that runs the market — in which 47 per cent of staff in senior roles are women — and not to the company as a whole.

A spokesperson for Lloyds told City A.M the corporation has achieved “near parity”.

“We want to achieve parity within the next decade – the sooner the better,” they said. “In the corporation, we have achieved near parity in less than two years and we are all the better for it.

“We acknowledge that each business in the Lloyd’s market will have a different starting point, and so we are working with the market to support them as they work to improve gender balance across their own organisation.”