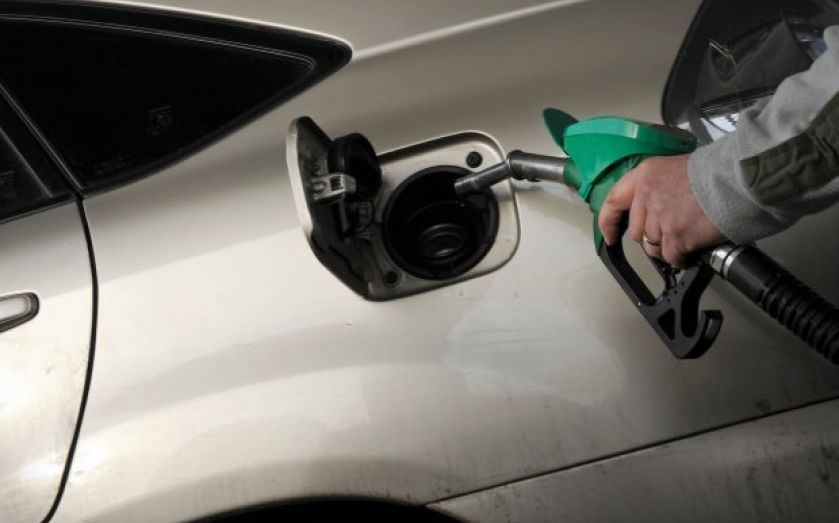 Office for National Statistics (ONS) figures saw overall retail sales up by just 0.1 per cent in the month, lower than the 0.3 growth anticipated by an analyst poll.

Excluding fuel, retail sales dropped by 0.1 per cent in the same period. But there is some good news in the annual figures: the ONS highlights that for the first time in two years, all retail sectors have witnessed a year-on-year increase in sales.

And sales in the second quarter as a whole were up by 4.5 per cent on the same period in 2013, the strongest calendar increase since the fourth quarter of 2004.

Lloyds Bank Commercial Banking's Paul Harland says that while "the sales dip of the previous month has reversed, retailers will remain concerned that weak growth figures could indicate consumers are feeling less confident". Data before today's official print was mixed, with weak BRC retail sales figure this June and disappointing CBI survey data out yesterday, while the GfK consumer confidence index rose to one, its highest level since 2005.

That data divergence also saw a wide spread of economist forecasts before the release, with HSBC expecting to see monthly growth of 0.3 per cent in June, while Societe Generale's economists expected to see that sales had fallen by 0.5 per cent. HSBC analysts expected to see fuel sales higher in today's print, after two successive months of contraction. 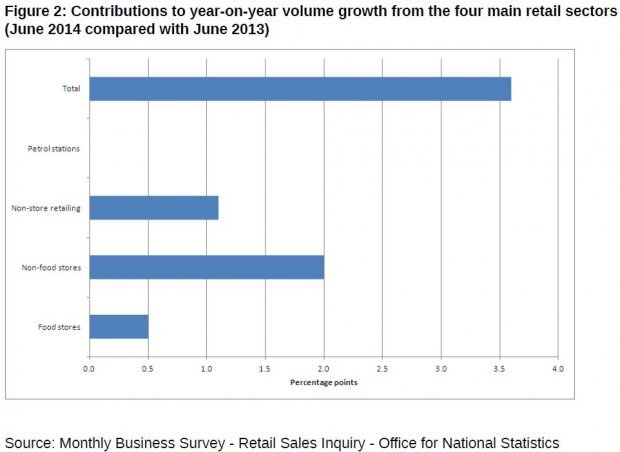