The UK’s renewable energy consumption is on the rise – but we’re still lagging far behind other EU countries.

Renewable and waste sources account for 5.6 per cent of the UK’s total energy in 2013, according to new figures released by the ONS today, suggesting that the UK’s economy is getting greener.

This means renewables have more than quadrupled since 2000.

But compared to other countries, the UK’s share of renewables isn’t particularly impressive, and although on the rise, renewables are actually growing slower in the UK than in other EU countries. 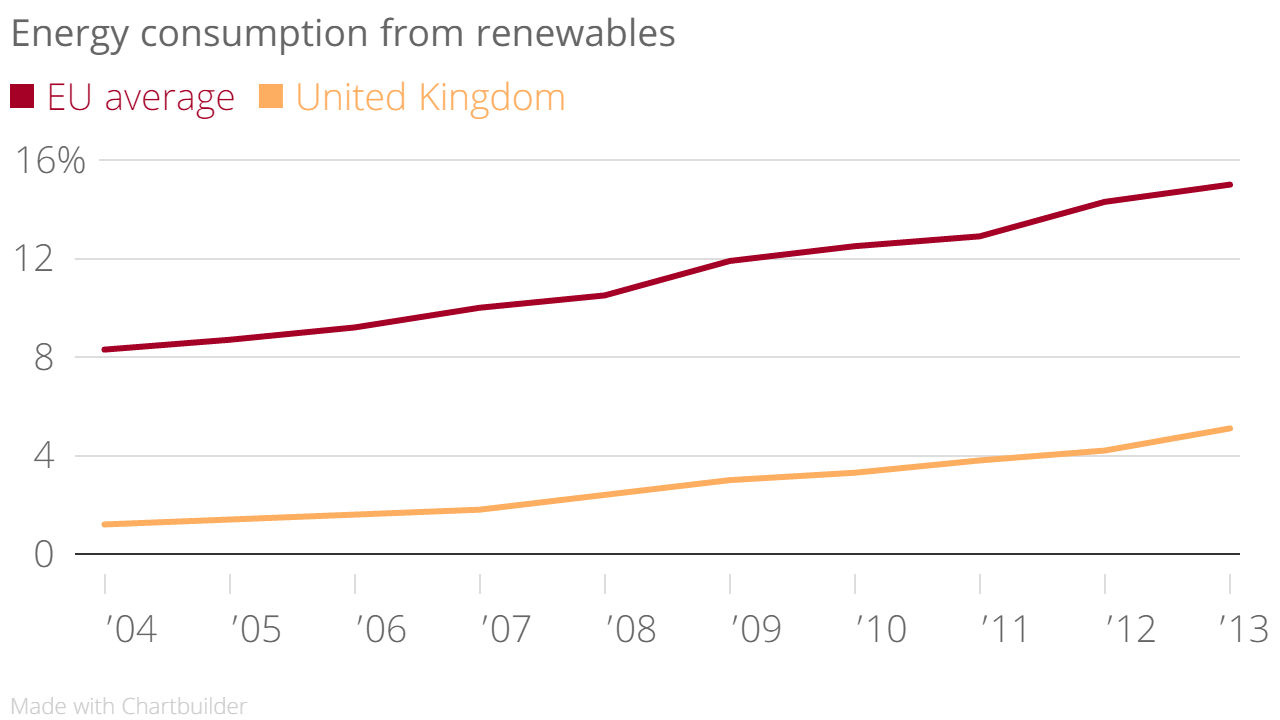 In yesterday's Budget, chancellor George Osborne announced that the government would be scrapping a green tax exemption enjoyed by renewable energy companies since 2001, causing green energy firms' shares to take a dive. The long-term effect this will have on the sector remains to be seen.

Figures from Eurostat reveal that the UK is fourth-worst out of the EU’s 28 member states when it comes to renewable energy, only beating the Netherlands, Malta and Luxembourg. 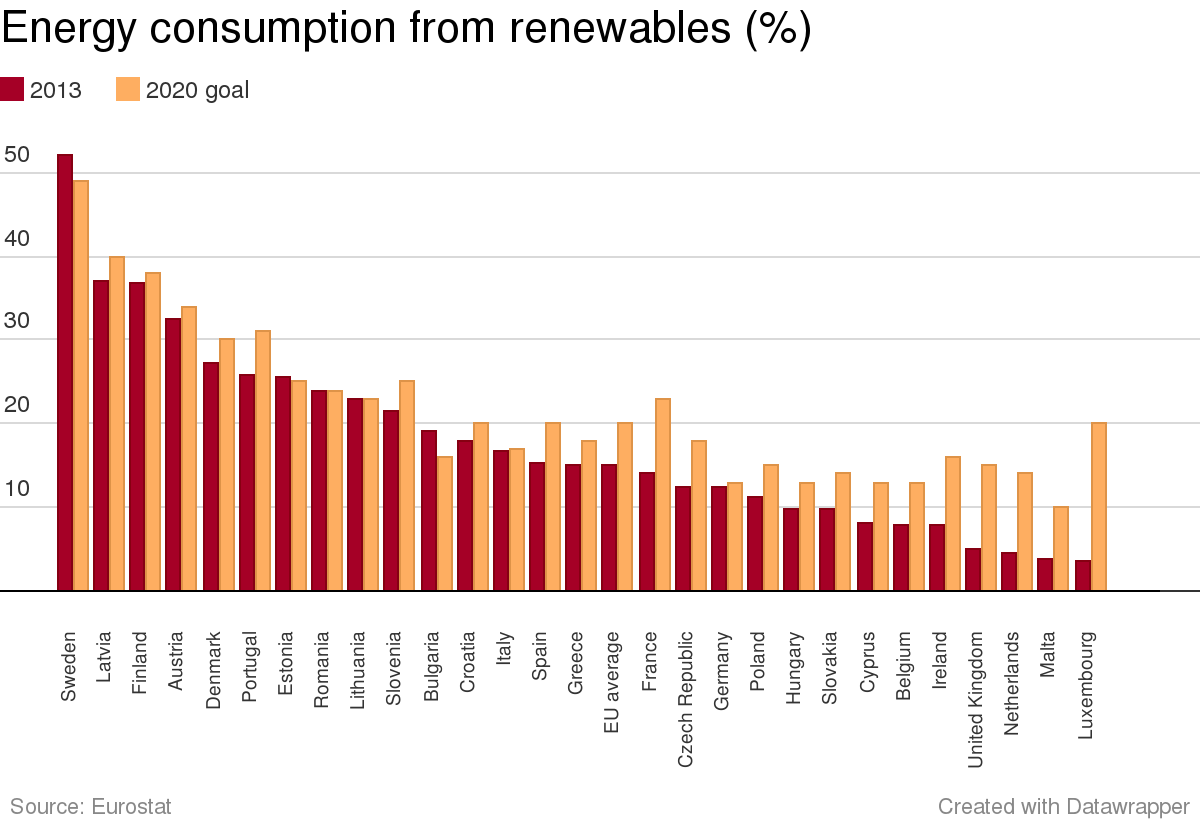 But let’s not be gloomy. After all, the latest ONS release also found that the UK has: