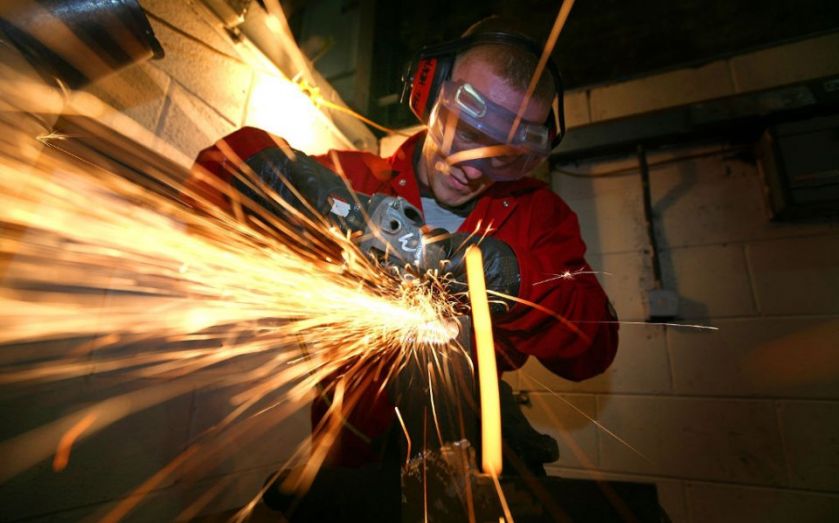 The UK's manufacturing sector ended the second quarter of this year in lacklustre fashion, prompting firms to cut jobs for the first time in two-and-a-half-years.

The widely-watched purchasing managers' index (PMI) for manufacturing dropped to 51.5 from a revised reading of 51.6 the previous month.

This was the 30th consecutive month it's been above the crucial 50 mark which implies that the sector is growing.

"The UK manufacturing sector remained sluggish at the end of the third quarter, stunned by a triple combination of a sharp slowdown in consumer spending, weak business investment and stagnating export order inflows," Rob Dobson, senior economist at Markit, said.

"The survey is still broadly consistent with stagnation, or even a mild downturn, when compared to official data."

"The survey reinforces already strong suspicion that manufacturing output is unlikely to contribute to UK gross domestic product growth in the third quarter, and could very well have contracted again after a drop of 0.5 per cent quarter-on-quarter in the second quarter," Howard Archer, chief economist at IHS, said.