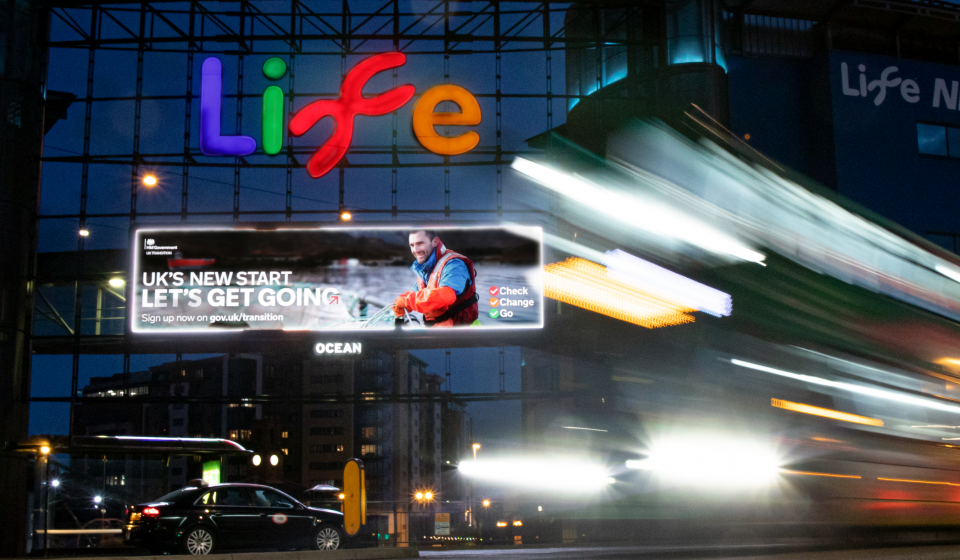 The government today has launched a £93m advertising blitz to prepare businesses and tourists for the end of the Brexit transition period on 31 December.

Advertising will focus on incoming changes to travel insurance and passport requirements for tourists heading to the EU, while also highlighting new trading regulations with Europe.

Titled “the UK’s new start: let’s get going”, the campaign will see billboards plastered around the UK with the message: “Check, Change, Go.”

The campaign will also trumpet the “significant opportunities” Brexit will bring for British businesses.

The UK is negotiating with Brussels to secure a free trade deal in time for the end of the transition period when Britain will leave the EU’s single market and customs union.

There will be necessary changes to the UK’s relationship with the EU, regardless of whether a deal is struck in time.

The “check, change, go” message will encourage business owners to check whether they are ready to export and import with the EU by registering with relevant customs authorities and procuring a EU EORI number.

A new Institute of Directors survey showed just under a quarter of company directors were prepared for Brexit, while Cabinet Office minister Michael Gove said last month he was “concerned” at how few businesses were ready.

Speaking about the new campaign, Gove said: “While we have already made great progress in getting ready for this moment, there are actions that businesses and citizens must take now to ensure we are ready to hit the ground running as a fully independent United Kingdom.

“This is a new start for everyone in the UK – British and European citizens alike – so let’s get going.”

The campaign will also alert Britons to likely increases in travel insurance as UK passport holders will no longer have access to free EU healthcare, after the transition period ends.

Passports will also need to have at least six months until they expire, while roaming mobile charges will also be affected by Brexit.

Gove also announced yesterday that the government would spend £700m on preparing the country’s borders for next year.

The funding is being spent on 500 new border guards, IT systems and essential infrastructure at Dover and other ports of entry as the UK prepares for the end of the post-Brexit transition period on 31 December.

The UK is set to have its border checks fully operational by next July, after the coronavirus crisis forced a six-month delay of plans.