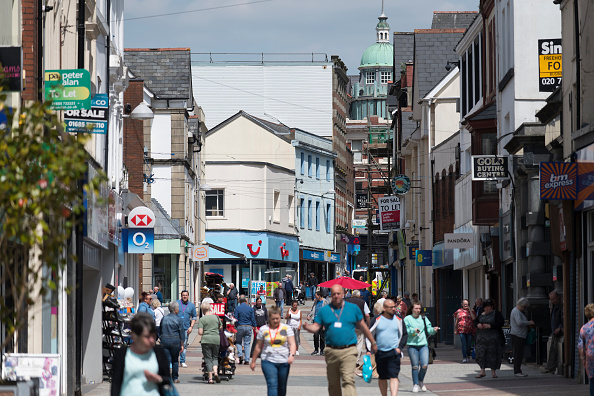 The prices in UK shops rose by two per cent in the 12 months to the end of June, official figures have revealed, with clothing and food costs rising most rapidly in the last year.

The two per cent consumer price index (CPI) figure was bang on the Bank of England’s target inflation rate, which it thinks is ideal for ensuring smooth growth in the economy.

It means that British workers’ real pay is rising, letting them buy more with their wages. Yesterday official figures showed weekly earnings rose 3.6 per cent in the year to June, meaning real pay grew by 1.7 per cent when housing costs are taken into account.

With the more volatile categories of food and energy taken out, inflation rose by 1.8 per cent in June year on year, a rise of 0.1 percentage points compared to May’s figure, according to the data released today by the Office for National Statistics (ONS).

Another of the ONS’s measures of inflation, which includes housing costs, stood at 1.9 per cent in June and was unchanged from May.

“The overall rate of inflation remains steady, with no change in pace this month,” said ONS head of inflation Mike Hardie.

“Petrol and diesel prices fell this year but rose a year ago, while clothes prices dropped by less than this time last year,” he said.

The CPI inflation rate has picked up since the start of the year, when it stood at 1.8 per cent.

However it has dropped well below the inflation rates of around 2.5 per cent seen last summer, which ate into Britons’ wages.

David Cheetham, chief market analyst at online trader Xtb, said Bank of England governor Mark Carney “and his fellow rate-setters are unlikely to place too great a weight on this”.

He said economic data is “still very much of secondary importance given that Brexit uncertainty continues to loom large”.

“The scenario of weaker growth and higher inflation, commonly known as stagflation, is an increasingly possible outcome,” he said.

“Sterling weakness and solid wage growth mean that Mark Carney will be keeping a watchful eye on the data,” Smeaton said, “but there is a pragmatic reluctance to apply the brakes while the UK’s political situation is so uncertain.”

Bank of England to probe risks of Woodford-style funds

Merrill Lynch forecast: Bank of England to cut rates twice in next year