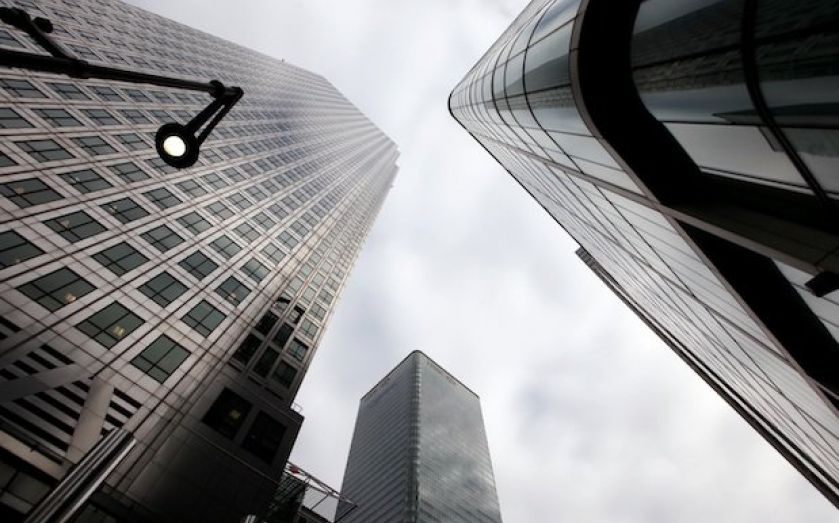 ON THE busiest online shopping day of 2013, Cyber Monday, RBS faced an embarrassing IT system outage that left more than 1m customers unable to access their accounts for three hours. This wasn’t the first time. In 2012, an IT meltdown at RBS and its subsidiaries locked 17m customers out of their accounts for days, resulting in an estimated £175m in costs and compensation and an investigation by the FCA. Another outage followed in March 2013, preventing access to online services and ATMs for several hours. Such IT problems are not unusual in UK banking, and the root cause goes back decades, primarily the result of lack of long-term investment and the huge difficulties involved in integrating IT systems after mergers and acquisitions. But it’s a perilous situation. Catastrophic IT failures in personal and commercial banking can lead to financial chaos and, if not recovered quickly, may even lead to social breakdown. Due to the enormous transaction volumes, a major UK bank only has days to recover from such an outage. Otherwise, the backlog of transactions could quickly become unmanageable, overwhelming the bank and potentially requiring it to close for business. This is an Armageddon scenario, of course. But that’s little comfort when some of the core systems UK banks rely on were developed in the 1960s and 1970s. This is the IT legacy system crisis in UK banking. “Legacy” describes software applications, operating systems, and occasionally hardware and network infrastructure, developed and implemented well before the early 1990s. Legacy systems have been at the heart of payments transmission, bank transaction processing, and account maintenance and management for over 40 years. Initially designed in the 1960s to automate branch accounting, the 1970s and 1980s oversaw an expansion to a range of software applications developed to improve services, reduce costs and speed up processing. Many of these systems remain in use today. Despite significant annual IT investment (ranging from hundreds of millions to billions of pounds), almost 80 per cent of investment is targeted at maintaining and improving the existing core applications base, including legacy systems. Typically, over half of the remaining 20 per cent is focused on initiatives that meet a speedy product or service demand or are responding to new regulatory requirements. Only the remaining 8 to 9 per cent is left for medium-term – and occasionally long-term – strategic programmes. To match the astonishing speed of technological development, however, this is pitiful. The impact is most noticeable where game-changing technologies are applied, particularly in retail banking where consumer expectations are changing rapidly. And the result becomes obvious when disaster strikes. But what has led the industry into this precarious technological wasteland? For most executives, IT is viewed as a cost. The pressure to reduce cost has led to the endemic spread of IT “outsourcing” and “offshoring” over the past 20 years, much of which is questionable in terms of ROI. Moreover, IT is often seen as a basket case, plagued with missed project deadlines, budget-busting overspends and an astonishing record of project failure. This has often led to an unforgiving bias against IT, which militates against long-term investment. The likelihood of banks overcoming the legacy problem on an individual level is slim. This was underlined recently when two UK supermarkets set up their own retail banking operations. Both opted to license their IT systems from incumbents, rather than develop their own using the latest technologies. This means that even some new banking entrants are using IT facilities based on licensed systems, which were essentially legacy applications. There may only be one way forward: to create a national programme of IT transformation. Over the past decades, there are many examples of banks collaborating to create a centralised approach to solving systemic problems, from cheque clearing and settlement, automated clearing for all types of transactions, to forex net settlement and equities clearing. After Big Bang in 1986, London’s broking and dealing houses formed a consortium to build and implement one dealing system for post-Big Bang trading. Individually, these brokers and dealers had neither the capacity nor the skills to implement such a programme, but collectively it was achievable. The IT development required in UK banking would be similar. Senior executives urgently need to get together to systematically explore upgrading the infrastructure for UK banking. This is not an issue that only IT professionals can address and solve, however. It needs the active participation of all executives. The alternative is to bury our heads in the sand, wait for the next inevitable disaster to strike, and eventually let the digital economy create its own alternative payment pathways. Feng Li is associate dean for research and enterprise, and professor of information management at Cass Business School, City University London. He co-wrote this article with Ian Marshall, a senior advisor to Sopra Group Financial Services. These are the personal views of the authors.