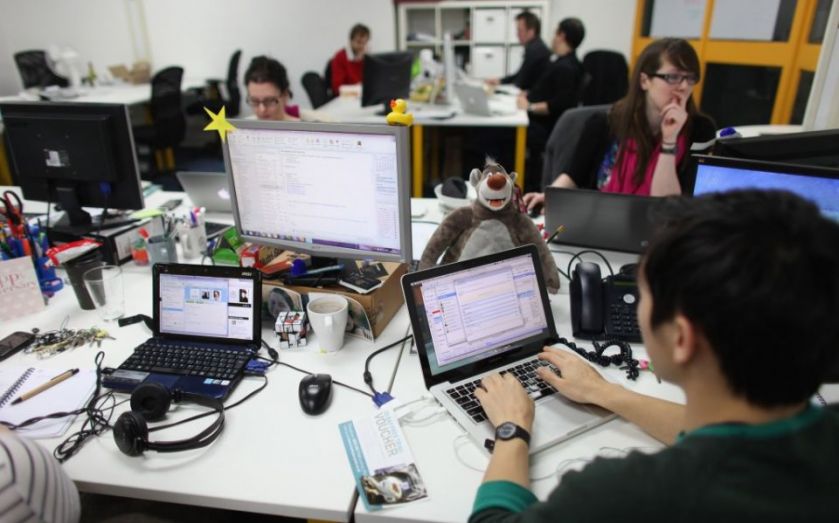 Yesterday it was confirmed that Britain was the fastest growing major economy last year. New business creation is a big part of that story. With 760,000 more businesses now than in 2010, we are rapidly becoming a nation of entrepreneurs. It’s within our grasp to make Britain the best place in the world to start and grow a business.The fundamentals are in place but there is more to do. We are already ranked in the top 10 in the world for ease of doing business by the World Economic Forum and World Bank, and we rank among the very best in Europe. Since 2010, we’ve set about creating one of the most competitive business tax regimes in the world. Action on red tape has delivered a £10bn cumulative net saving to business in this Parliament and we will go further in the next. We are also building a skills system which can face the challenges of a globalised world, doubling the number of apprenticeships and bringing rigour back into the classroom.But just as critical to that plan is creating a financial environment which supports risk-takers. Today the UK Business Angels Association and the Centre for Entrepreneurs are publishing a report on the state of angel investing in the UK. It’s an important commentary on how we’re doing.In particular, the report highlights how tax changes have supported British angels to spread their wings. In 2011, we increased income tax relief through the Enterprise Investment Scheme from 20 to 30 per cent, and we introduced the Seed Enterprise Investment Scheme (SEIS) in 2012 with income tax relief of 50 per cent. The report finds that nine out of 10 angels now use these incentives to invest in early stage companies, and there’s been a rapid increase in investment through SEIS. The report notes that these schemes “have encouraged angels to keep investing in turbulent economic conditions”.Help for angels is just one aspect of how we’re building a financial system which fosters enterprise. We’ve also established the British Business Bank, which is charged with diversifying small business finance markets and unlocking new forms of business finance. This includes new banks and the innovative new online funding platforms now challenging established players. The Business Bank also manages our successful Start-Up Loan programme. So far 25,000 loans have been made and the entrepreneurs benefitting from the scheme have gone on to generate 32,000 jobs, according to the Start Up Loans Company.We’ll add to the picture shortly when the British Business Bank publishes its full evaluation of UK equity finance. Early findings speak for themselves, with strong year-on-year growth over the past four years.Crucially, the Nation of Angels report also shows how this market is opening up, with more women and younger people investing in early stage companies than ever before. This mirrors the trend we’ve seen among entrepreneurs. People from an ever broader range of ages and backgrounds are now setting out to join Britain’s enterprise revolution. Their hard work and aspiration is what’s driven this recovery, and it’s what will power us forward into new prosperity. We are determined to back them all the way.