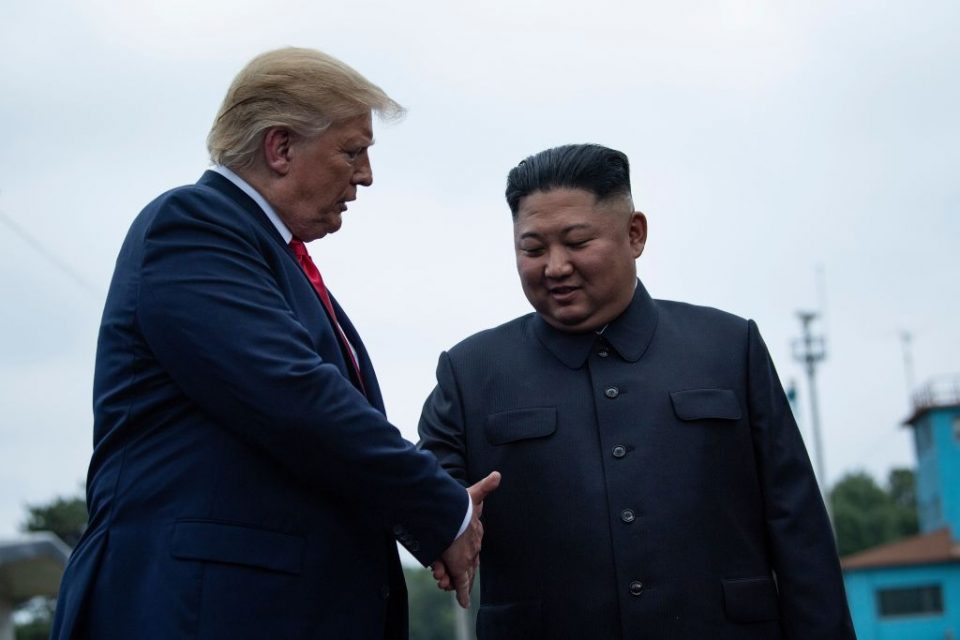 Donald Trump has become the first sitting US president to set foot in North Korea, taking 20 steps into the country yesterday.

After shaking hands with Kim Jong-un at the demilitarised zone (DMZ) between the two Koreas, Trump asked Kim if he wanted him to cross the border, saying: “I am OK with it.”

Trump stood in North Korea for around a minute, before stepping back into the South. “I never expected to meet you at this place,” Kim told Trump through an interpreter.

In a rare statement to the press, Kim said the meeting demonstrated the pair’s “excellent” relationship.

The meeting, the third face-to-face between the two leaders since Trump took office, was apparently arranged after Trump tweeted an invitation to Kim on Saturday.

It had been billed as a short encounter, but the pair met for almost an hour in a building on the South Korean side of the border. At one point they were joined by South Korean president Moon Jae-in, in an unprecedented trilateral meeting.

Trump later said he and Kim had agreed to resume the nuclear talks that broke down in February. He said that stepping across the border had been “a great honour”, and that he had invited him to the US “when the time is right”.

Although Trump is the first president to visit North Korea while still in office, both Jimmy Carter and Bill Clinton visited Pyongyang after stepping down.

Trump warns Iran of ‘obliteration’ if war breaks out

Robert Mueller to testify before House over Trump links with Russia