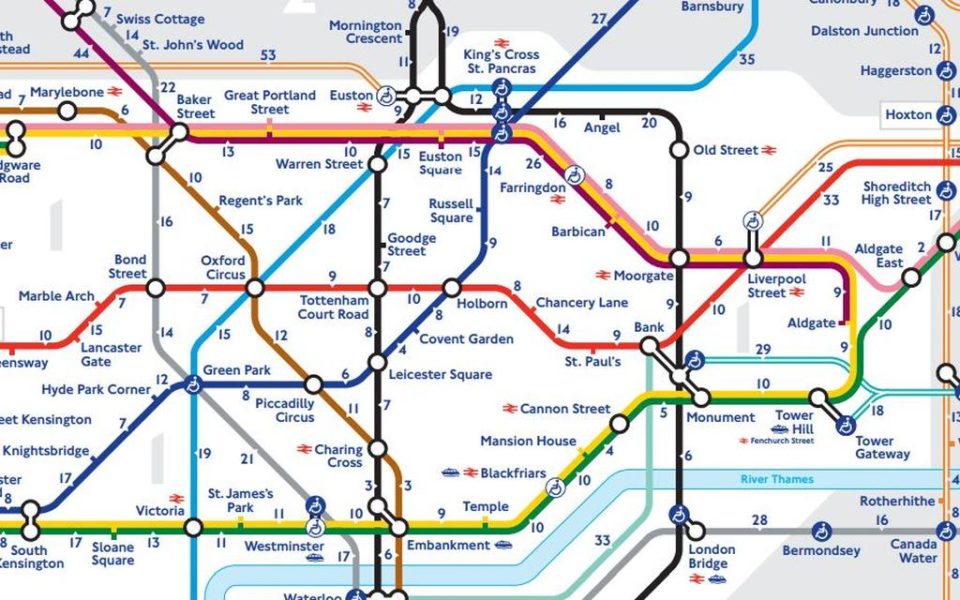 Did yet another sweaty Tube ride to work this morning leave you wishing there was a better way?

Perhaps there is: Transport for London has released a new and improved version of its walking Tube map, revealing how many (or how few) minutes it takes to walk between stations, following on a similar map made by design duo Aryven Arasen and Joe Watson ahead of the August Tube strike.

Considering how many stations in Zone 1 are less than ten minutes apart, perhaps skipping the throngs and walking to work instead might be a good idea, or at least getting off one stop early and letting your rush hour blood pressure cool of as you stroll through the late autumn sunshine (or even, more realistically, the November drizzle).

Liverpool Street to Moorgate is a mere six minute walk. Barbican and Farringdon are just eight minutes apart, and Holborn to Chancery Lane takes no more than eight minutes.

Fitness fanatic? Combine this with another alternative tube map showing you how many calories you burn off by walking instead of taking the Tube.

Yesterday we learned that commuters are both healthier and slimmer than those who commute by car, with a study finding commuters are 47 per cent less likely to be overweight, and also have lower rates of high blood pressure and diabetes. We’re no experts, but we imagine replacing part of the commute with a walk can’t hurt.

This doesn’t work well for all of us, of course. The overground covers some hefty chunks between stops, and the 35-minute walk from Highbury & Islington to Kings Cross is likely to leave you more sweaty and annoyed than just pushing on to the Victoria line and bearing with the crowds on the Tube ride.