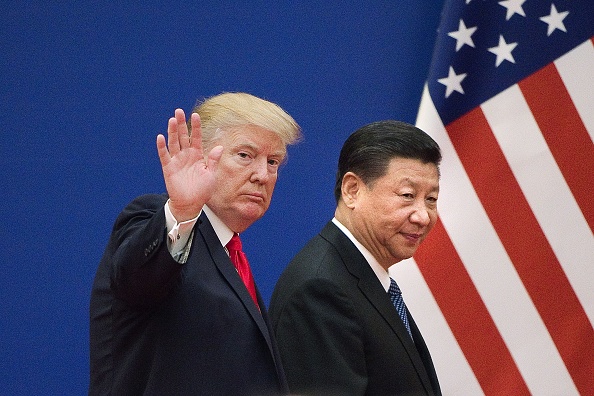 The US and China have slapped new tariffs on each other’s goods today, ratcheting up trade war tensions after a turbulent 12 months for global markets.

A fresh round of tit-for-tat tariffs have come into effect this morning, with the world’s two largest economies implementing new taxes on imports amid a diplomatic standoff.

Read more: Trade is being weaponised

In the first phase of Donald Trump’s latest trade move against Beijing, the US President has started to implement 15 per cent tariffs on over $125bn (£102.8bn) of consumer imports from China such as headphones and flat panel television sets.

China has also begun introducing tariffs on US crude oil in response.

The latest tariff implementations are likely to spark fresh concerns among Wall Street investors, many of which have been spooked by recent threats of further tariffs from Trump.

Trump has targeted roughly $300bn in annual Chinese imported goods imports for 15 per cent tariffs at two stages, from 1 September and 15 Dec.

If fully imposed, Trump’s trade plans would mean that nearly all Chinese imports – worth roughly $550bn – would face punitive tariffs.

Last week the Chinese government announced measures to boost consumption in the country as its economy slows under the weight of its raging trade war with the US.

As part of the drive to increase consumption the Chinese state council, equivalent to its cabinet, said that local government should relax restrictions on car purchases and encourage people to buy renewable energy vehicles.

Hopes of a trade war ceasefire were raised during a recent G7 summit in France, when Trump said that he believed China wanted to reach an agreement to end the standoff.

The remarks helped stocks rebound following an intensification of threats earlier in the month.

Trump spoke positively about trade negotiations during the G7 leaders’ summit in France, where world leaders met to discuss issues ranging from fires in the Amazon rainforest to potential taxes on tech giants.

Trump claimed Beijing was actively reaching out to resume trade negotiations and looking to “make a deal” to end the stalemate.

Chinese vice premier Liu He said yesterday that China wanted to reach a solution to the trade war via “calm” negotiations.

UBS turns bearish on stocks due to US-China trade war