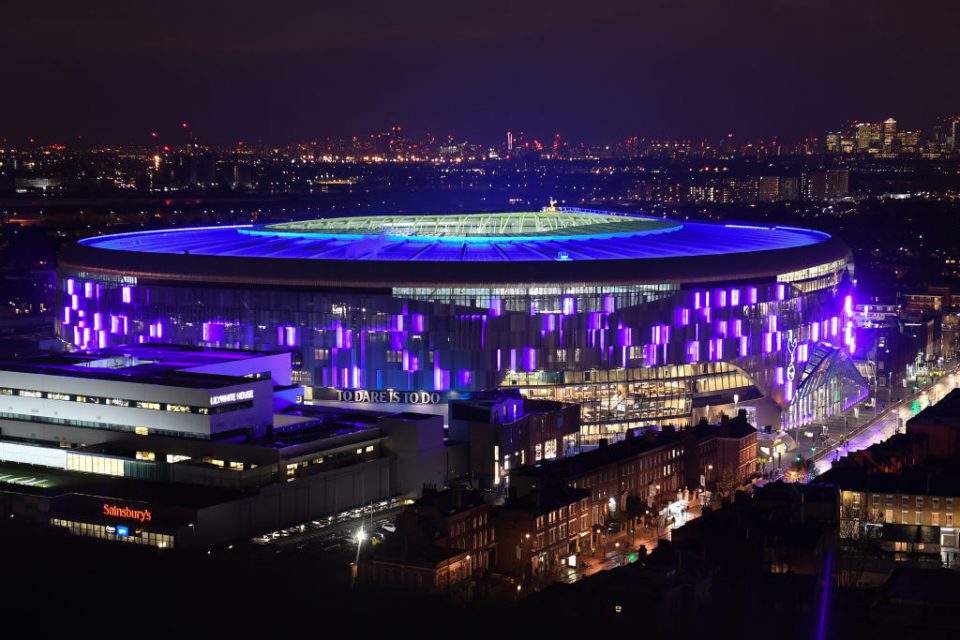 Tottenham Hotspur have refinanced £637m of loans taken out to help build its new £1.2bn stadium.

The club borrowed the lump sum from Goldman Sachs, Bank of America and HSBC to support the arena’s construction and were due to pay it back in full by April 2022.

Read more: Olympiacos 2-2 Tottenham: Spurs stuck in limbo after slipping up in Greece

However, they have this week converted around £525m of that debt to bonds with staggered maturities between 15 and 30 years, giving them more time to pay it back.

Tottenham chairman Daniel Levy said this was done to limit the club’s debt-servicing costs and allow them to continue competing with Europe’s best teams, in an interview with the Financial Times.

“I understand, as I am a fan, clearly you want to win on the pitch,” he said. “But we have been trying to look at this slightly differently, in that we want to make sure we ensure an infrastructure here to stand the test of time.”

He said there would be no change to his thrifty approach in the transfer market, however, despite the club going tediously close to silverware in recent years without winning anything.

“We could have easily spent more money on players,” said Levy. “Who knows if that would have bought us more success or not . . . The right approach is to build from the bottom up. There is no quick fix to becoming a much more significant global club.”

Despite any misgivings this approach has with fans, it is one that has won over private investors in the US and secured the club financially for the foreseeable future.

Tottenham remain one of the 10 highest-earning clubs in world football, largely due to their share in the Premier League’s £9.2bn broadcasting deal and involvement in the Champions League, for which they received over £100m in prize money last year for reaching the final.

The remaining £112m has been refinanced by Bank of America, which acted as a bookrunner on the bond issue, while HSBC provided a revolving credit facility.

The average annual interest rate on this new debt is around 2.6 per cent, sources close to the deal told the FT.

Despite the apparent opening up of funds due to the refinancing, Levy said it “will have no bearing on how we run the club . . . and no bearing on those types of short-term movements [like transfers].”

However, the chairman is determined to increase the club’s revenue through the new stadium by turning it into the “Madison Square Garden in London”, which holds a multitude of events in New York.

“Clearly, if you have a stadium of this magnitude and quality, to only have 25 to 30 games a year being played by Tottenham Hotspur, it’s not making use of the capital we have invested,” he said.

Tottenham’s new stadium has already agreed to host two NFL matches a year for the next decade and a Saracens rugby union game in each of the next five seasons.