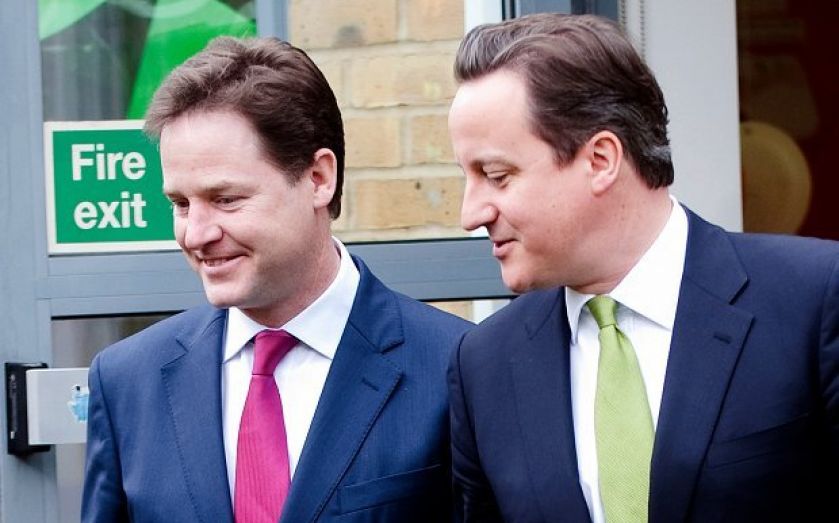 FORGET business secretary Vince Cable’s guttersnipe speech at this week’s Liberal Democrat conference – throwing childish insults at his coalition partners, to look clever in front of party activists. They may get written up by the media, but Cable’s political stock has plunged.

Under fire from his own side for disloyalty – and the lousy job he has done deregulating business to help boost growth and jobs – Cable’s attempt to undermine Nick Clegg bombed.

Far from being pulled to the Left, Clegg has stuck his tanks squarely on the Tories’ lawn, winning contentious conference votes on deficit reduction, cutting the 50p rate of income tax, new nuclear power stations, and fracking – and inching towards matching the Conservative pledge of a referendum on the EU.

If that wasn’t enough, he has set the battleground for the next election with a clever policy to exempt anyone earning the minimum wage or less from income tax. This Thatcherite coup would help strengthen the incentive to work for those on benefits. It is infinitely better than Ed Miliband’s jobs-killing policy of legislating that firms must increase the minimum wage, which would deter employers from hiring and add extra inflationary pressure to the cost of living.

Clegg’s Achilles’ heel, however, is how to pay for it. Instead of cutting public spending, he wants a mansion tax on homes worth £2m or more. Over time, just like stamp duty, that would net many medium-sized homes in affluent areas, punishing asset-rich cash-poor savers. In the short term, it would raise little revenue. Clegg knows that. So his briefing for Lib Dem MPs this week says they want “a further contribution” from “those earning over £50,000”, arguing that “these are not the middle income earners”.

It is true that, if you earn £50,000, you are in the top 10 per cent of earners. But that takes no account of varying regional costs of living, especially in London, other cities and suburbs, or the South East more generally. It overlooks the fact that those earning £50,000 or more already pay 57 per cent of the income tax take. Or that around 2m extra middle income workers have already been sucked into paying the 40p rate of income tax in recent years.

Prominent Lib Dems, from Martin Horwood in Cheltenham to Tom Brake in Carshalton, must know that their tax assault on the middle classes will go down like a lead balloon during an election – unless you’re the Tory candidate.

The Conservative response to all this should be to match the tax cut for low earners, promise an overhaul of marginal rates of tax for middle earners, and pay for it through further cuts to public spending. For starters, we could save £10bn by halving the number of Whitehall departments (without touching frontline services). That would not only be better for the economy and fairer. It would also give the Tories a strong aspirational message to take into the 2015 election – both for low-paid households, and the squeezed middle long forgotten by Clegg and Miliband.

Dominic Raab is the Conservative MP for Esher & Walton.