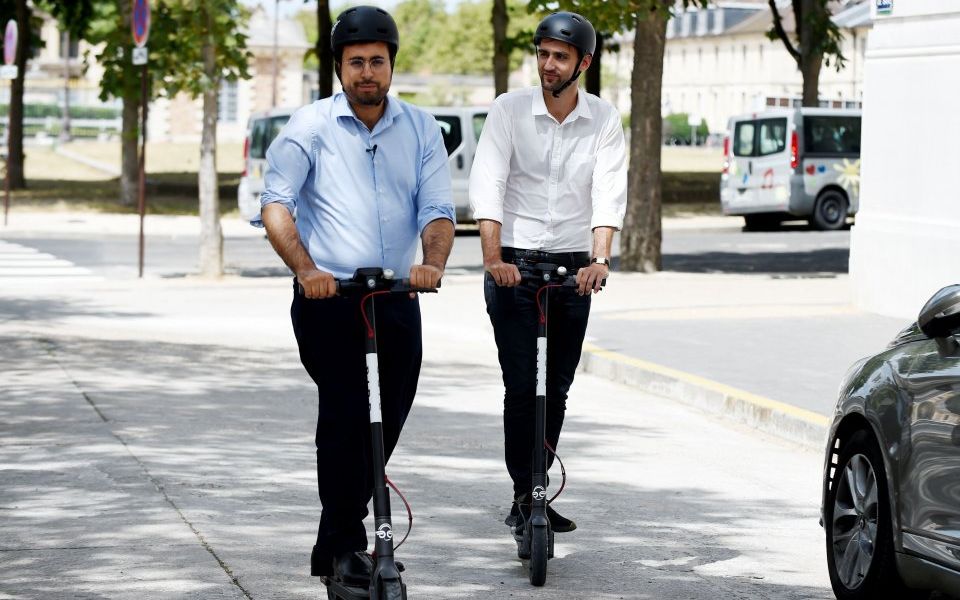 As I ride my bike into work, there are numerous obstacles to watch out for. I treat buses, trucks, and cars as though they are on fire, while I try to give pedestrians and other cyclists a wide berth.

In recent weeks, I have noticed a new player competing for space in the weekday rat race: the electric kick scooter.

My first sightings of grown adults using scooters raised a smile. But it also sparked my curiosity, as I marvelled at how fast they were zooming along.

Speed aside, their attraction to any commuter is clear. They are certainly less bulky than a bike and – assuming no rain – you can arrive at work unflustered, with no need to change clothes. Despite being powered, you don’t need a licence.

The cost is relatively attractive too, with a quick internet search revealing decent-looking models priced at around £450. That amount of money buys you less than three months on the London Underground.

So far, so good. But there is a catch, and it is quite a big one.

In the UK, the electric kick scooter is classified as a PLEV, or Personal Light Electric Vehicle, and that makes them illegal on British roads or pavements. This means that commuters who embrace this new method of urban travel remain at risk of possible arrest, and a fine of up to £75.

And while battery-powered scooters are spotted more and more on British streets, the Department for Transport has offered no hint that the law will change.

The e-scooter first enjoyed popularity in the US, as employees looked to avoid heavy traffic and unreliable public transport. Several different firms have flooded the US market, including a fleet run by Uber. These are coming to the UK.

Their introduction has caused anger over dangerous riding, as well as people dumping them inappropriately.

After a wealth of startups filled the streets of San Francisco, local politicians issued a sudden ban before then issuing permits to just two companies.

Despite those anxieties, the boom in popularity has been exported to Europe, and three scooter hire services were granted licences for Paris this summer. In Austria and Switzerland, electric scooters are encouraged to the point that laws allow them to go up to 25 kilometers per hour in a road or cycle lane.

Their popularity in crowded European cities has even led to a suggestion from carmaker Volkswagen that it will introduce its own hire service in Berlin before long.

As Britain grapples with heavy traffic, struggling public transport, and illegal pollution, can the electric scooter really remain out of bounds to the law-abiding commuter?