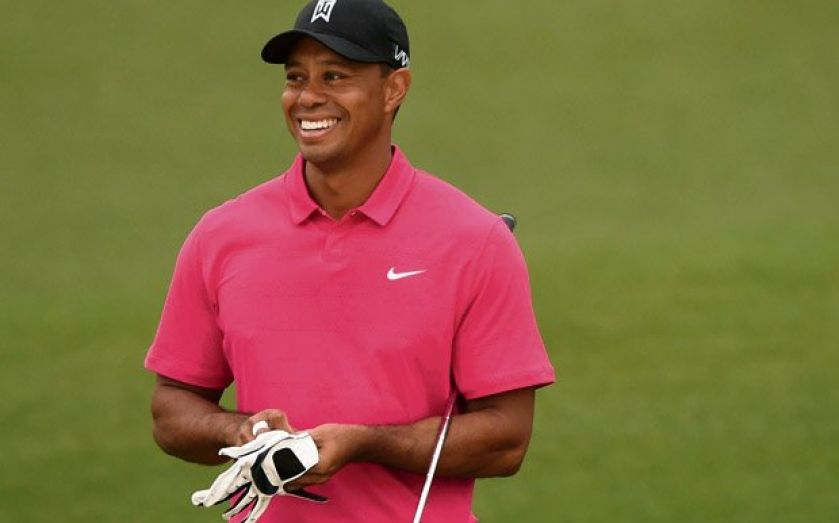 FORMER world No1 Tiger Woods expects to end his seven-year wait for a 15th Major at the Masters this week after revealing the lengths he has gone to in order to play at Augusta.

Woods took an indefinite break from competition two months ago in a bid to iron out flaws in his game but insists he now feels ready to claim a fifth Green Jacket and deny Rory McIlroy a career grand slam.

“People would never understand how much work I put into it to come back and do this again. It was sun up to sun down,” the American said.

“I worked my ass off. That’s the easiest way to describe it. I worked hard. I’m trying to beat everybody out there. That hasn’t changed. I prepare to win and expect to go out and do that.”

Woods will play alongside Welsh Ryder Cup hero Jamie Donaldson and in-form American Jimmy Walker in the first two rounds, but only after teeing off in today’s traditional par-three contest for the first time since 2004.

He is set to be joined on the nine-hole round by his children Sam and Charlie, the eldest of whom, Woods says, cannot remember seeing their father win a golf tournament.

Despite failing to add to his Major collection since the 2008 US Open, Woods, who has slipped to No111 in the world, has finished outside the top six only once in his last nine visits to Augusta.

McIlroy, who has replaced Woods as the sport’s man to beat and is aiming to become only the sixth man to win all four Majors, is to play the first two rounds alongside three-time winner Phil Mickelson and Ryan Moore.

Defending champion Bubba Watson – this week voted the man fellow professionals would be least likely to run to the aid of in a fight – is to tee off alongside England’s Justin Rose, while Australian 2012 winner Adam Scott begins his quest for a second Masters title with the fancied Dustin Johnson.