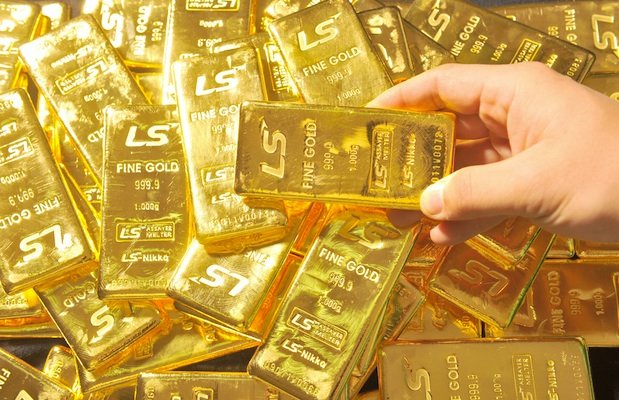 Gold has struggled this year. This morning, prices tumbled to their lowest since July. Since its 2011's record high, gold has fallen 36 per cent, and investment giant UBS says it's "unlikely to regain its former appeal." .

Rising interest rates, a strong dollar and uncertainty over potentially tighter monetary policy in the US have left investors questioning the logic of adding it to a portfolio, and we've seen heavy selling from institutional investors. UBS has cut its 2014 forecast for gold to $1,200 (£732) an ounce (/oz), from $1,325 (£809), and Bank of America Merrill Lynch (BoAML) says upside remains limited – forecasting that gold could be pushed down to $1,100/oz (£671) next year.

BoAML stresses that interest rates are of vital importance when it comes to gold – the direction they go "measures the opportunity cost of owning a non-yielding asset like gold".

Looming tapering fears remain one of the biggest problems for gold at the moment, and not just in terms of uncertainty. The easing of monetary policy has translated, says the bank, into significant capital flows into emerging markets, creating upside pressure on their currencies and, in turn, demand for real assets in those markets, including commodities.

As the economy gathers momentum, BoAML says the Fed is in a strong position to taper in January. A tighter policy and a narrower current account "will likely place more upside pressure on the dollar", it says. This, along with a slightly oversupplied market in 2014, "will likely cap the upside to dollar commodity prices".

And when it comes to other commodities, the bank believes we're waiting for the other shoe to drop – UBS has now cut its silver forecast to $20.50 an ounce from $25 for 2014 and to $21 from $24 for 2014. BoAML: "Gold, the most anticipatory commodity, has already fallen sharply this year on rising real rates in the US while others such as oil, coal or copper are likely to follow soon."

But there is a rosier long-term outlook, according to BoAML: "Despite the pause in the gold bull market, we see several encouraging signs for the medium-term. Most notably, physical demand from emerging markets suggest gold remains a sound medium-term investment."

UBS said that as downward momentum carries on building for gold, investors could test $1,050, a price that could be approaching a "decent buying level," but the path will be "very turbulent." Gold, it says, "faces much volatility ahead".