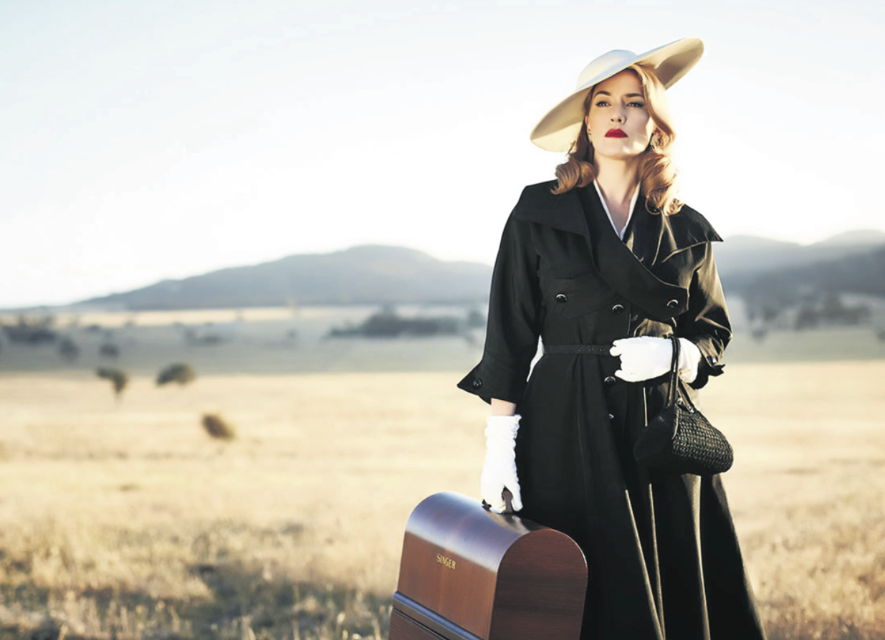 A quirky comedy-drama that’s lifted out of the ordinary by Kate Winslet as glamorous seamstress Tilly. Her character returns to her home in Australia to care for her mother.

But once she arrives, old rumours linking her to a murder in her childhood resurface, and she rekindles a romance with hunky local Teddy (Liam Hemsworth, popping up for the second time this week).

If you’re looking for a talented cast, this is it. Winslet is a glamorous whirlwind that is impossible not to adore, while Judy Davis raises the drama stakes as her mother.

Hugo Weaving, Sarah Snook, and the perma-stubbled Hemsworth all add something to the mix, but sadly those efforts fail to gloss over a muddled tone, which flits from comedy to tragedy with little warning.

Light subplots, such as Tilly’s extreme makeover of Snook’s homely character, remind you of classic comedic sketches that were so ubiquitous in the films of classic Hollywood.

Equally, there’s something unique about the performances, as the cast are given time to flesh out and explore their characters.

Winslet slowly reveals a fragile centre underneath all the bluster and, along with Davis, explores psychological issues that other films are too afraid to touch.

Equally surprising is Hugo Weaver as a cross-dressing policeman, leaping over stereotypes to position himself as one of the films’ highlights.

So, what’s the problem? Well, however funny the comedy or striking the drama is, when the contrasting genres are positioned side-by-side, they don’t make a coherent whole. Veering from one to the other, The Dressmaker is a film that feels frustratingly disarrayed.

Had it have leaned more towards the dark side, it may have nudged into awards territory, but as it is, it can only be described as an entertaining curiosity at best.

An account of the production of Le Mans, the obsessive passion project of Steve McQueen that’s infamous for tales of on-set conflict and near-fatal injury. Unearthing never-before-seen footage and interviews, an unflattering picture of a movie icon emerges. The ‘King of Cool’ is revealed to be a rather selfish character, absorbed by his own desires and hostile to anyone who gets in the way of them. Even his son Chad can’t seem to find a bright spot. It’s proof that the pop culture icons we create have little to do with the real person.

Sanaa Lathan stars as newly separated lobbyist Leah, who believes she has met ‘The One’ in new boyfriend Carter (Michael Ealy). A series of frightening encounters reveals a different side to him, putting Leah’s life in danger. The subject of almost every trashy crime reconstruction series is given a big screen dramatization that plays more like a slasher movie than a film with any pretentions of depth. The stakes get ludicrously higher as the film goes on. The ‘bunny boiler thriller’ has been done to death, and simply switching the genders does nothing to save this listless turkey.

Logic and storytelling are the first fatalities in this horrifyingly bad action thriller. Olga Kurylenko is a bank robber on the run after crossing a hitman with links to a corrupt senator (Morgan Freeman, who hasn’t exactly been picky with his roles lately). It’s a bullet-riddled nonsense that amounts to no more than poorly written dialogue punctuating clunky action scenes. Bargain basement Bourne that’s impossible to recommend, even as a guilty pleasure.