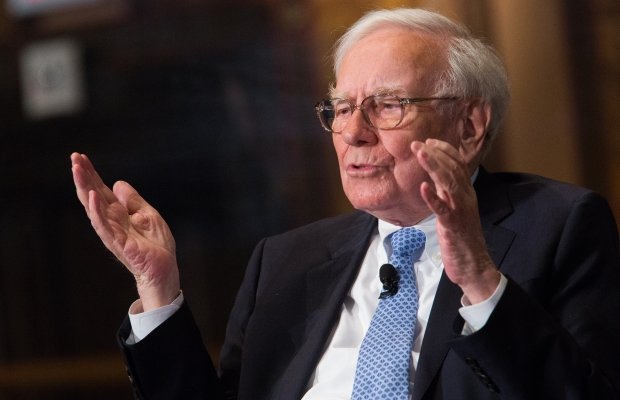 It's an old question – and until now an unanswered one – just how does Warren Buffett manage to make all that money?

The investment guru is an anomaly, and the chart below is a reminder (if you needed one). It's a representation of the success of Buffett's company, Berkshire Hathaway. Its returns are a complete outlier.

More fully that chart shows how Berkshire stacks up against common stocks, and the numbers have been crunched by Andrea Frazzini, David Kabiller, and Lasse H. Pedersen in their new paper "Buffett's Alpha".

Berkshire Hathaway has realised a Sharpe ratio (a measure of risk-adjusted performance) ahead of any other stock or mutual fund with a history of more than 30 years.

Buffett says it's not luck either – he thinks it's no coincidence that many stock market winners come from the same intellectual village. And that Sharpe ratio – 0.76 – is less than many would imagine (despite being nearly double the ratio of the overall stock market).

The paper's authors try to explain Buffett's staggering success with statistical techniques. Most common theories – based on the "alpha" and "beta" of stocks don't stand up.

You can also throw out the idea that Buffett's success comes from his influence on the companies whose stocks he owns – his publicly traded stocks perform better than the companies he owns in whole.

The researchers find that exotic returns have a less than alien explanation, "neither luck nor magic".

The authors show that Buffett is rewarded for the use of leverage (the authors estimate a leverage of about 1.6-to-1). That leverage ratio boosts his risk and excess return in that proportion.

Thus, his many accomplishments include having the conviction, wherewithal, and skill to operate with leverage and significant risk over a number of decades.

The authors also say that Buffett combined that use of leverage with a focus on cheap, safe, quality stocks. So how does he pick them?

Whether we’re talking about socks or stocks, I like buying quality merchandise when it is marked down
– Warren Buffett, Berkshire Hathaway Inc., Annual Report, 2008.

The authors agree. Buffett picks stocks based on three factors, they're all:

So why didn't everyone win if the rules are so simple?

The academics seem to have an answer for this one too. They create a portfolio that tracks his market exposure and active stock-selection themes, leveraged to the same risk.

Instead, what Buffett seemed to manage – his genius as the authors put it – is recognising early on, implicitly or explicitly, that these factors work. He applied leverage without ever having to fire sale, and stuck to his principles.