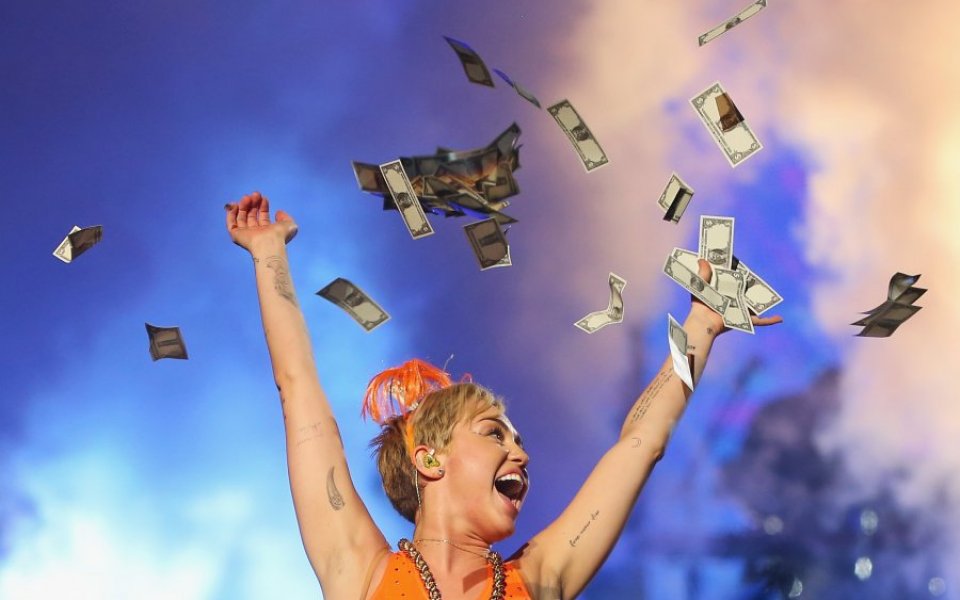 Earnings season is upon us, and it's been a mixed bag: Facebook announced its revenues increased 51.7 per cent in the three months to the end of December, while Apple said its sales growth had slowed for the first time in a decade.

It can be hard to keep track of it all, cutting through the hype to the top, and bottom lines.

But payments processor WorldPay Zinc has a handy graphic which charts just how quickly the revenues and profits rack up for some of the world's biggest tech companies, based on historical earnings data. Who's the top tech earner? 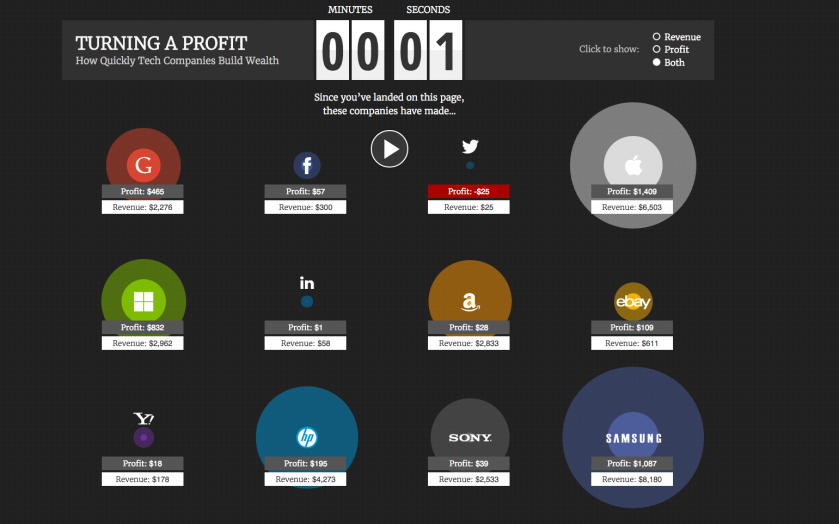 Facebook, which came out on top of its rival tech giants this earnings season, starts slowly, with profit of just $57 from revenues of $300. Facebook said last night it made $17.9bn in revenue in 2015. 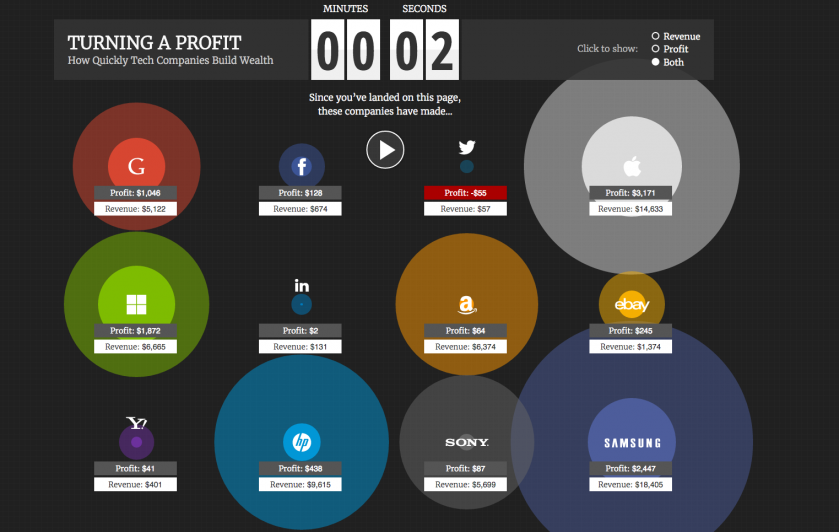 After two seconds, profits start to become more meaningful: Microsoft and Google both make over $1,000 in two seconds. Although, Amazon only makes $64 from $6,374 in revenue, clocked up in less time than it takes to type this. 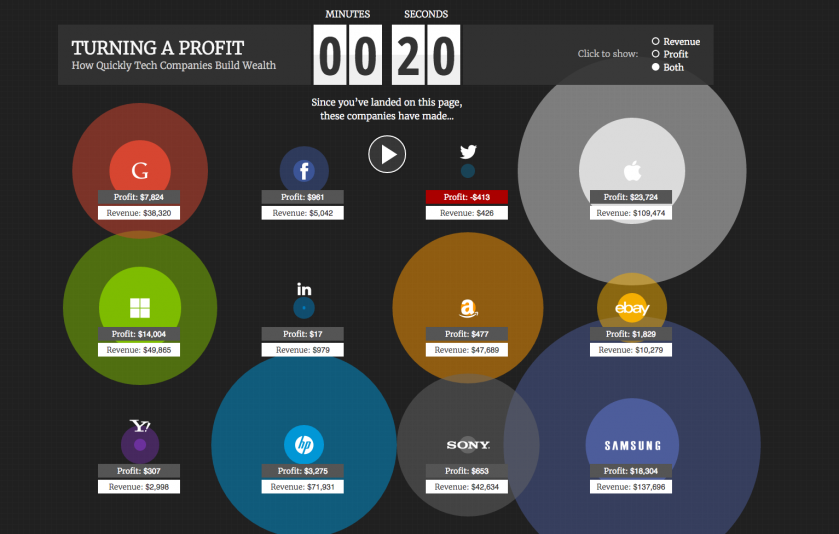 Samsung, like Apple, has been hurt by a slowdown in smart phone sales. Apple has warned investors revenues in the current quarter would fall, marking the first revenue decline since 2003, down to $50-$53bn from $58bn last year, and sparking investor panic about whether we have reached 'peak Apple' consumption point.

Ebay has also had a troubled quarter: reporting a 28 per cent drop in profit for the fourth quarter of 2015, down to $523m from $729m at the same time in the previous year. 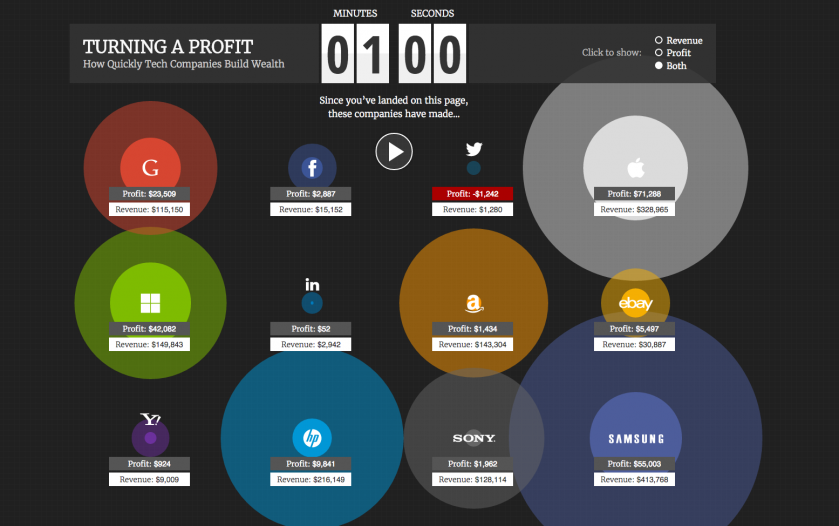 After a minute, one thing is clear, Twitter is still racking up a loss. It is down $1,242 from revenues of $1,280. The social media platform's share price has been plunging to fresh new lows with alarming regularity as investors fear that the company has failed to grow despite a raft of board changes and new products.