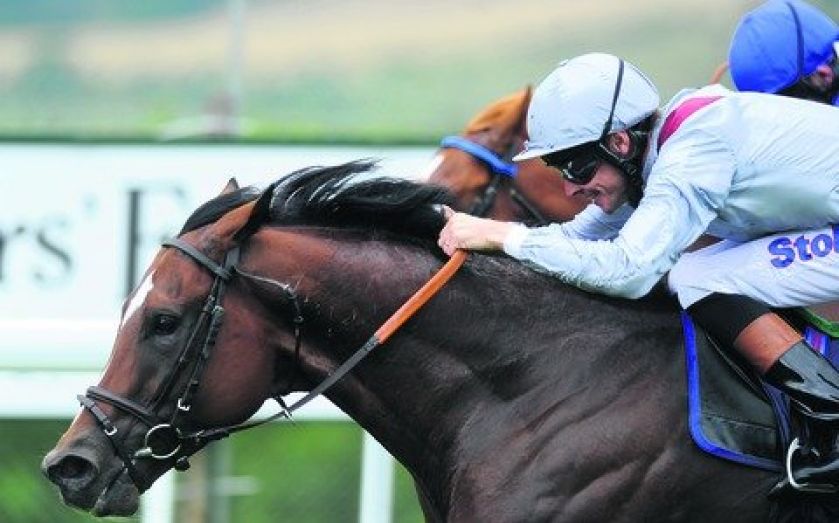 Godolphin-owned Dawn Approach had enjoyed victories at the 2000 Guineas and St James’s Palace Stakes already this year, but Toronado, ridden by Richard Hughes, made a thrilling late surge in the final furlong to avenge previous disappointments in the race dubbed “Duel on the Downs”.

And three-time champion trainer Hannon, 68, could barely contain his joy.

“Revenge is sweet I suppose, but they are two great horses,” he said.

“Richard Hughes said the other morning when he worked him that he was the best he had ever ridden. We’ve had some good horses, but he’s very good.”

There had been joy earlier in the day for Godolphin though, after Cap O’Rushes, trained by Charlie Appleby, won the Gordon Stakes.