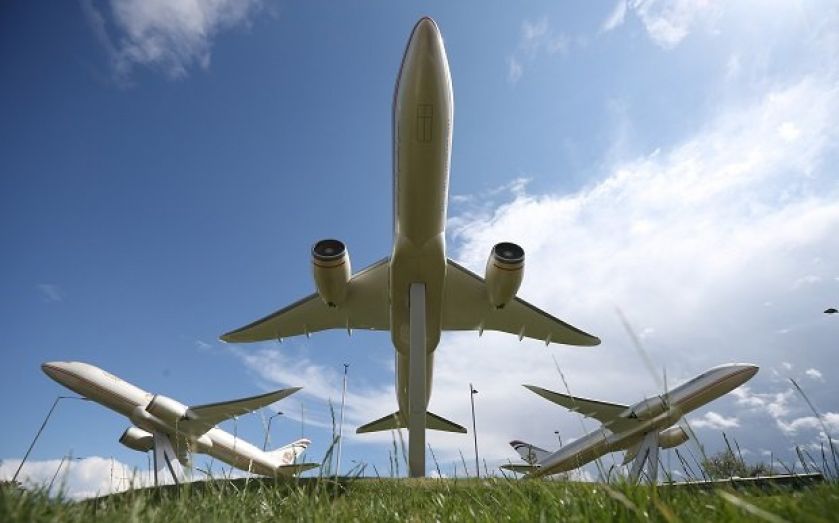 A third runway at Heathrow has the potential to deliver significantly more economic benefits than other alternatives such as expanding Gatwick, according to an independent commission led by former CBI boss Sir Howard Davies – although both options are likely to cost more than expected.

In an update published this morning, the Airports Commission said the economic benefits of a new runway at Britain's largest airport are likely to amount to between £112bn-£211bn. The benefits of an expansion at Gatwick, meanwhile, would be between £42bn-£127bn. A third runway would also lead to host of new jobs, the commission said.

But the cost of expanding Heathrow and Gatwick was also found to be substantially more than was suggested by the bidders for each camp. A new runway at Gatwick will cost an extra £2bn, Davies said, while a third runway at Heathrow will run up costs £3bn-4bn more than was estimated.

There will now be a four-month consultation prior to a final recommendation that will be delivered, much to the relief of politicians, after next year's general election.

Expansion of Heathrow airport has been vigorously opposed by local campaign groups.

The commission commented that the results:

Should be interpreted with caution, given the innovative methodology used, but they provide an indication of the scope for wider benefits to be felt throughout the economy, for example from enhanced productivity, trade or consumer spending, as a result of expansion.

The Airports Commission’s final recommendation must be cost effective, offer value for money, and not rely on today’s passengers paying for infrastructure that won’t be ready until at least the mid-2020s.

UK airlines will study the appraisal of each option in detail to judge whether the plan is supported by a robust business case with realistic forecasts and a credible funding mechanism. I hope our politicians will wait for the results of this consultation and the Commission’s final report so that political decisions can be taken with the fullest evidence.

In order to maintain the trust and confidence of the business community we would therefore like to see the main parties offer manifesto commitments to make a quick decision on airports expansion in a timely fashion following the election, guided by the Airports Commission’s final recommendation.