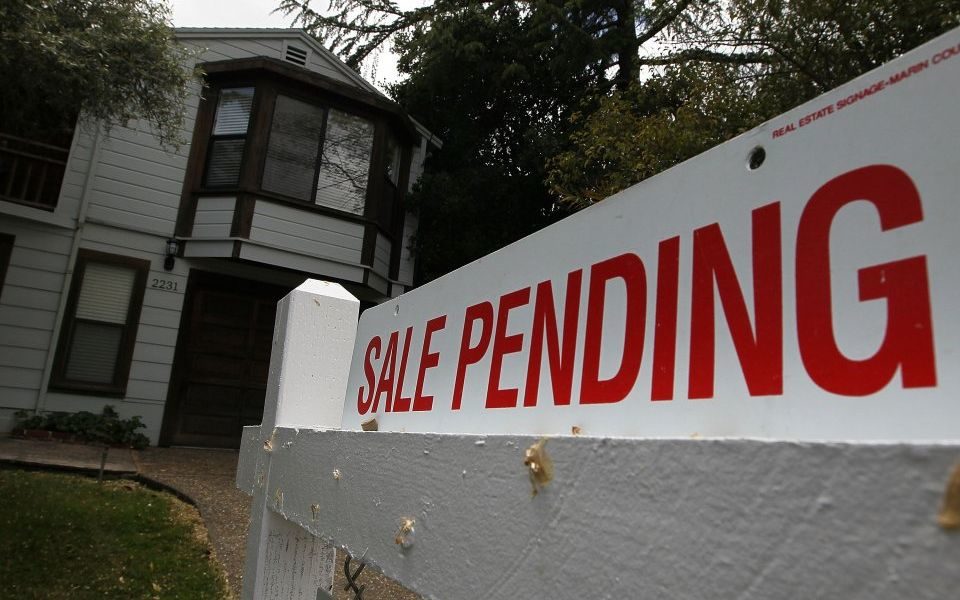 In the UK, house price growth began to slow noticeably last year when stamp duty on buy-to-let and second homes increased. The slowdown continued after the announcement that the UK would be leaving the EU. Perhaps surprisingly, London has been hit harder than the rest of the UK.

After the financial crisis, London property prices recovered more sharply than in the rest of the UK. But part of the reason property values in London are higher is due to the city’s status as a global financial hub; somewhat less certain now that Brexit negotiations have begun.

However, there is probably no need to worry yet. Demand still significantly outstrips supply in the UK. Schroders research indicates the country fell some 65,000 houses short in 2016, which should see prices supported.

Consumer confidence readings in the UK and eurozone have diverged significantly since the start of this year. Confidence has been on the rise among eurozone consumers as economic data in the single currency area has been encouraging and unemployment is falling. Perhaps most importantly, political risk has eased considerably with Emmanuel Macron’s victory in the French elections.

By contrast, UK consumers have been facing slower nominal wage growth and higher inflation. Meanwhile, the political picture has been muddied by the ruling Conservative Party losing its parliamentary majority after calling a snap general election. And finally, there continues to be considerable uncertainty over how Brexit will play out.

China’s June trade numbers aptly illustrate that a globally-synchronised recovery is underway, with the country’s exports commonly seen as a barometer of global demand.

Exports to the US, Japan and Europe all accelerated in June (with a particularly strong pickup in the US). Although June exports to emerging markets were marginally softer, the overall growth trend for the global economy is encouraging.

This is because this most recent upturn in Chinese export growth, unlike the post-Global Financial Crisis spike, has not been driven by massive fiscal stimulus programmes or globally loose monetary policies. In fact, it has been quite the opposite. Recent growth has come amid rising interest rates in the US and the possibility of tightening in the eurozone – suggesting demand could be building up genuine momentum.

Is the US energy sector cheap?

The valuation of the US energy sector has been falling. The price-to-book (P/B) ratio used in the chart below compares the sector's share price with the value of its assets (minus its liabilities). If a company has a P/B less than one, it could be undervalued compared to its assets.

With the US oil sector currently valued so cheaply compared to the rest of the market, there may be a temptation to buy in the expectation that oil company share prices will recover. But what would drive such as recovery? Many investors look for an “inflection point”, such as cost-cuts, that could lead to improved returns and a higher share price. Unless such an inflection point can be identified, it could be that oil companies look cheap for good reason.

Yields on Brazilian government bonds declined and the real recovered against the US dollar in July. It follows a sharp increase in political risk in May, as allegations of corruption were levelled at President Temer.

The government successfully passed labour reforms, easing concern that support for Temer’s reform agenda had waned. Meanwhile, former President Luiz Inácio Lula da Silva was convicted of corruption, likely prohibiting his participation in 2018 presidential elections. This dims the chances of a return to power for the leftist Workers Party. Further, inflation fell more than forecast to 3%, and the central bank cut rates another 1%.

A congressional vote on whether to send the President’s corruption case to the Supreme Court is expected in early August. Although markets have taken the view that this is unlikely to pass, Brazilian assets may see some volatility as we get closer to the vote. Meanwhile, the outlook for the key pension reform remains uncertain.

The year-to-date decline in the US dollar took on added momentum in late June. Central bank chiefs in the US, UK and Europe each made comments taken as signalling increased hawkishness. Government bond yields were jolted higher, particularly in Europe, and the US dollar hit turbulence (see the chart of the DXY index: measuring the US dollar against a basket of currencies). The greenback’s decline was most pronounced against the euro, which comprises about half of the DXY index, suggesting the market was failing to price the tapering of quantitative easing in Europe.

The past six months had seen a gradual erosion of confidence in the dollar amid a growing disillusionment with the prospect of President Trump enacting his pro-growth policies. July has seen further downward pressure as Federal Reserve Chair Janet Yellen expressed surprise at continued weakness in inflation, which indeed continues to puzzle given employment levels.