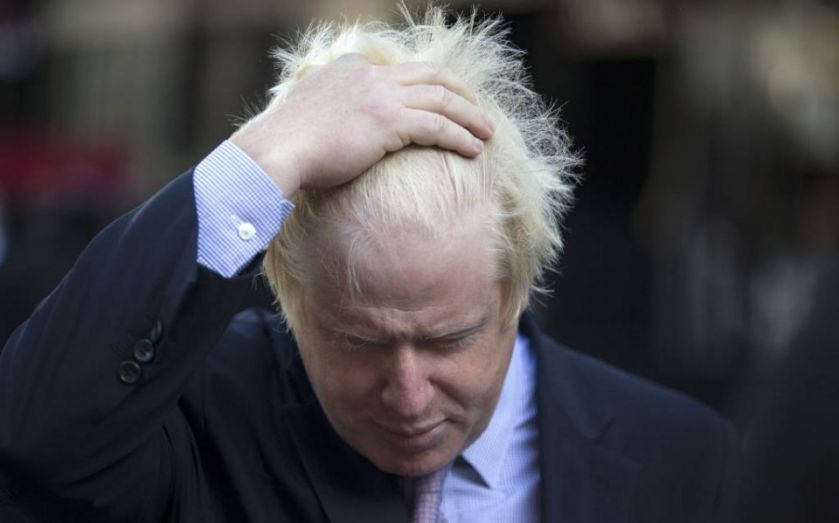 It's a case of egg on the face for London mayor Boris Johnson today, after home secretary Theresa May banned the use of water cannon on the British mainland today.

May said the weapons should not be used as a part of riot control techniques, citing safety fears as a major factor.

In the House of Commons this afternoon, she said:

Where the medical and scientific evidence suggests that those powers could cause serious harm, where the operational case is not clear, and where the historic principle of policing by consent could be placed at risk I will not give my agreement.
The application for the authorisation of the Wasserwerfer 9000 water cannon does not meet that high threshold.

However her ruling comes months after London mayor and MP for Uxbridge and South Ruislip backed the use of £218,000 of government money buying three German water cannon.

May said she "remained unconvinced" about "the operability" of the water cannon that were purchased by the Met, which are 25 years old.

Without safeguards they have capacity to cause harm.

Johnson told his fellow MPs he did not "necessarily agree" with May's stance, saying the purchase had been backed by police, the Prime Minister and the people of London.
The Metropolitan Police put out the following statement in disappointment of the verdict:

We believed allowing police the option of deploying water-cannon, even though they would be seldom seen and rarely, if ever, used, was a sensible precaution which would allow us to deal with a number of specific public disorder situations more safely and effectively than we are currently able to.

Meanwhile, Liberal Democrat mayoral hopeful had this to say:

The Mayor must apologise to London taxpayers for his foolish and costly actions.

Still, it's one rule for parts of the UK and a completely different one for others.

Water cannon have not been ruled out for use in Northern Ireland, and in fact were deployed in Belfast on Monday against loyalist demonstrators during the Orangemen's annual celebrations for the commemoration of the Battle of the Boyne.