Theresa May has sacrificed herself on the altar of Brexit 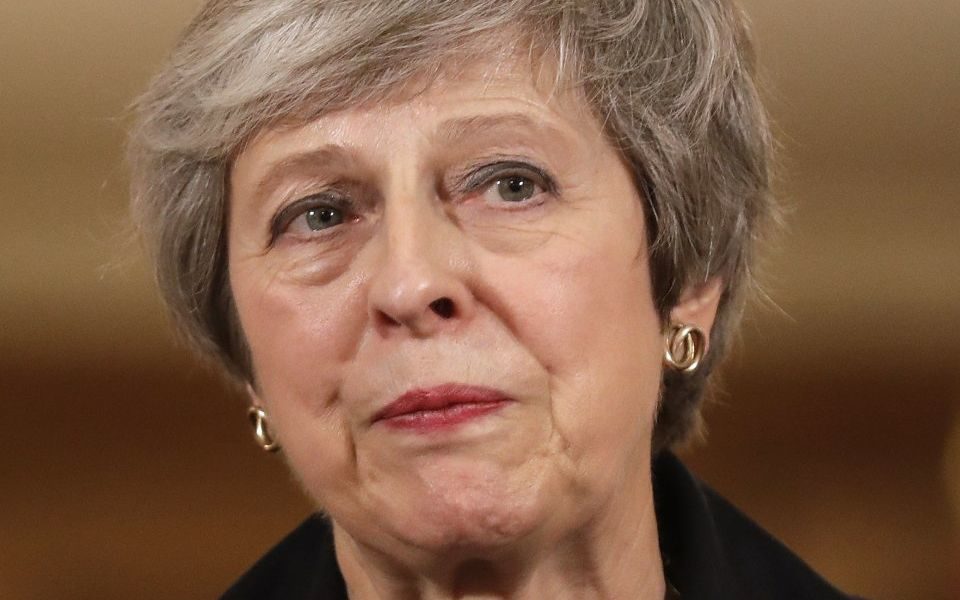 The power of Brexit is infinite.

It has broken party lines, destroyed the traditional political order, forced people to reverse ideological positions, challenged the concepts of truth and fact, and sucked every last molecule of oxygen out of Westminster.

It also, we have just discovered, has the power to distort time.

For months, nothing has happened. Briefings, votes, resignations, EU Summits, and eleventh hours have come and gone, while progress has advanced at a glacial pace. Theresa May has had more make-or-break moments than a contestant on The X Factor, and somehow survived them all.

Brexit has become so all-consuming, so complicated, so drawn-out and anti-climactic, that even many in Westminster had started to become fatigued.

And then time started again.

In the past 48 hours, the UK has agreed a deal with the EU, May has forced it through her reluctant cabinet, the Brexit secretary and a gaggle of other ministers have resigned over it, it has been slated by members of all parties (which have descended into war among themselves and each other), calls for a second referendum have redoubled – all against the backdrop of letters, press conferences, and angry tweets from Conservative MPs calling for a leadership challenge.

A “smooth and orderly” Brexit this is not.

At the moment, making predictions seems a fool’s errand. The Prime Minister may well face a challenge to her leadership, and if she goes, no one knows what will become of the deal – 585 pages of legalese – that she has fought for her entire premiership.

Another election? Starting again from scratch? A second vote and a decision to stay in the EU after all?

The flaws with the provisional EU deal are obvious.

It risks being, in many ways, more like staying in the bloc than leaving it, only without a seat at the table. The Northern Ireland backstop, if triggered would keep the UK in something very much like the customs union for years, and would require Britain to seek permission from the EU to leave.

The argument that the backstop will not be necessary, because the UK and the EU will be able to agree a trade deal that removes the need for it, ignores the fact that Brussels does not want the UK out of the customs union, and therefore has no incentive to work towards this.

And while that continues, Britain will be unable to sign trade deals with other countries, thus defeating one of the key benefits of Brexit.

Of course, there are upsides to the deal as well. Business groups have been cautiously supportive, as it ensures continuity, allowing companies to continue trading with their major commercial partners for the near future, and alleviates risks of a cliff-edge scenario in which the country stumbles forward, blindfolded, as supply chains grind to a halt.

And whether or not this is the deal people envisioned when they voted for Brexit, it’s the only deal on the table now.

Another leader might have handled Brexit in a radically different way, preparing for a no-deal scenario from day one and facing down opponents from the start rather than trying to compromise.

Who knows if it would have worked. But May was the leader we got, and this deal is the crowning – and only – achievement of her time as Prime Minister.

In a way, there is an air of Greek tragedy about May’s predicament now, in particular Sophocles’ Antigone, who ends up hanging herself out of sheer stubbornness. (The gruesome comment from an anonymous Tory backbencher a few weeks ago that May should “bring her own noose” to a meeting of the 1922 Committee seems eerily apt.)

Britain’s beleaguered protagonist stepped up at a moment of adversity, ignored critics at every turn, and pushed forward with dogmatic determination. Now, as we near the end, all roads lead to her political expiration.

She might win the looming vote of no confidence. If she does, she will have the privilege of battling to get through parliament a deal that all sides detest. Fail to do that, and she’ll be a leader with no mandate, no authority, and no support.

And if she succeeds? If she is able to tempt some Labour MPs to vote with her on the grounds that their constituencies voted to Leave, and threaten enough Brexiteers into submission with the fear of no Brexit at all? Her deal might just be saved, but her leadership won’t be.

Even in those glacial days of the summer, we knew that only thing keeping May in power was the fear of having to start all over again if she were ousted.

On the slim chance that the risk of crashing out with no deal is averted, there is nothing to protect May from the fury of her party.

So, as the Prime Minister tries to rally support for the fight of her life, it is worth remembering the inevitability of her demise. Whatever happens, the power of Brexit is so vast that she will have sacrificed herself for a cause that few think she ever believed in.

And there is little more politically tragic than that.