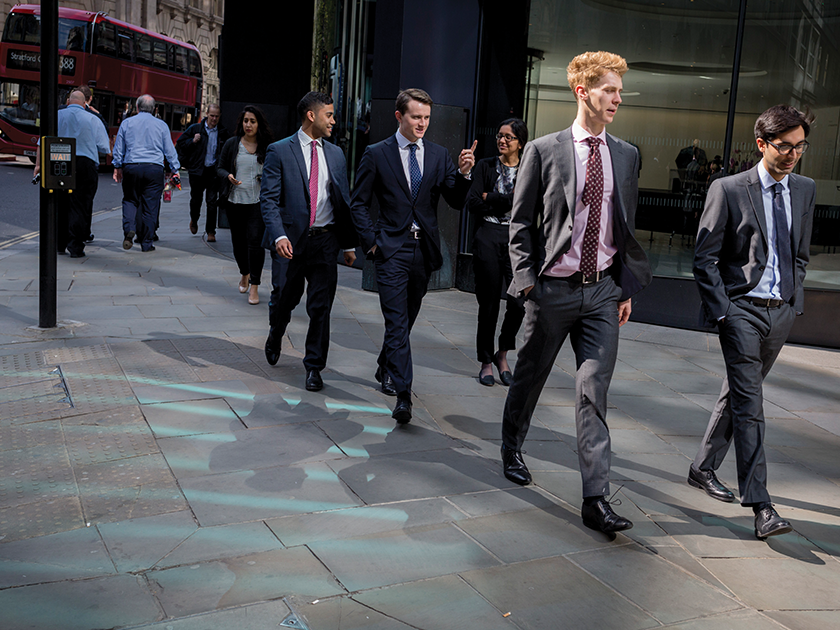 The investment industry has a gender representation problem, and more needs to be done, says Holly Black

There are more funds in the UK run by men named David than there are female fund managers in total. Of 1,496 UK-listed open-ended funds, 108 are run by managers named David or Dave – equivalent to 7.2% of funds – data from Morningstar, the financial research firm, has revealed. Meanwhile, just 105 funds in total have a woman at the helm.

It’s a stark reminder of the lack of diversity across the fund industry, which is often accused of being ‘pale, male and stale’.

Diversity is good for investors

“It is disappointing to see so few women fund managers in our industry,” says Emma Morgan, London-based portfolio manager at Morningstar. Morgan believes that diversity optimises decision-making in groups. Therefore, she says, “encouraging more women into portfolio management can only lead to better outcomes for investors”.

The Morningstar data looks at the newest share class of each fund and accumulation units only. Some 442 funds were excluded from the list because the manager’s name is not disclosed in Morningstar Direct (our investment analysis platform). There are just 72 female fund managers in our list, running a total of 105 funds (some run more than one mandate). Meanwhile there are 64 Daves and Davids running 108 funds.

Jason Hollands, managing director at London-based investment management and financial planning group Tilney Bestinvest, says the proportion of female managers is “embarrassingly low”, particularly compared with other professions such as law and accountancy.

The dearth of females is also an issue among investment trusts, where some 43 of 303 trusts have no women on their board.

More ‘Pauls’ and ‘Nicks’ than ‘Kates and Johannas’

Perhaps the figures aren’t too surprising. According to a study by City-headquartered cross-company campaign group the Diversity Project, just 9% of senior managers in the asset management industry are female. The figure is even lower when looking at just private equity and venture capital investment.

‘Paul’ is among the most common names in the fund management industry – some 87 funds are led by Pauls, while 62 are run by managers named Nick, 27 by Neils and 14 each run by Lukes or Henrys. The most popular names among women are Kate and Johanna, but these total just six and five, respectively.

While many firms in the investment industry are making efforts to improve diversity, clearly more needs to be done.

Morningstar’s Emma Morgan thinks that firms need to look at how they can support the recruitment and retention of more women.

“On the recruitment front, there is an industry perception, which clearly isn’t chiming with young women, as the number of applications for junior roles remains disproportionately low,” she says.

“Long-term investing is far from the macho image portrayed in the movies, and firms should look at ways they can help to change this, perhaps starting with job descriptions.”

Anecdotally, it is thought that even once in the industry, women tend to find it harder to progress. A recent survey by the Chartered Banker Institute found that 25% of women think family commitments impede people’s career progression; 20% say a lack of confidence in their own ability is a barrier; and almost a fifth said unequal pay and a lack of role models is a problem. Other issues cited in the survey included the attitude of senior male managers and a lack of support for flexible, part-time or remote working.

Worryingly, many of these trends manifest in all aspects of women’s finances, not just in their careers. Women are woefully behind men when it comes to saving for retirement, for example, and for many of the same reasons such as generally earning less, being more likely to work part-time and more likely to take career breaks to raise children or care for relatives.

Women are also typically less confident investors, often citing lack of confidence and the over-use of jargon by the industry as some of the key factors that discourage them from putting money into the stock market.

CFA Institute has recently published analysis of other research on women’s attitude to finance, investing and risk-taking.

But diversity is an issue increasingly in the spotlight in the world of finance, and it is encouraging to see that companies are starting to realise this, with several non-profit organisations working on the problem. For example, 100 Women has recently launched a female fund manager visibility campaign, while Gain, set up by fund manager Charlotte Yonge, aims at inspiring young women of sixth-form age (typically 17 and 18) about a career in asset management.

Morgan says: “It’s a great shame that the industry is missing out on a whole swathe of talented individuals. The more the industry can do to attract and promote women in fund management, the better outcomes we can achieve for everyone.”

Holly Black is senior editor at Morningstar. This article was originally published by the CFA Society United Kingdom on their Professional Investor blog.