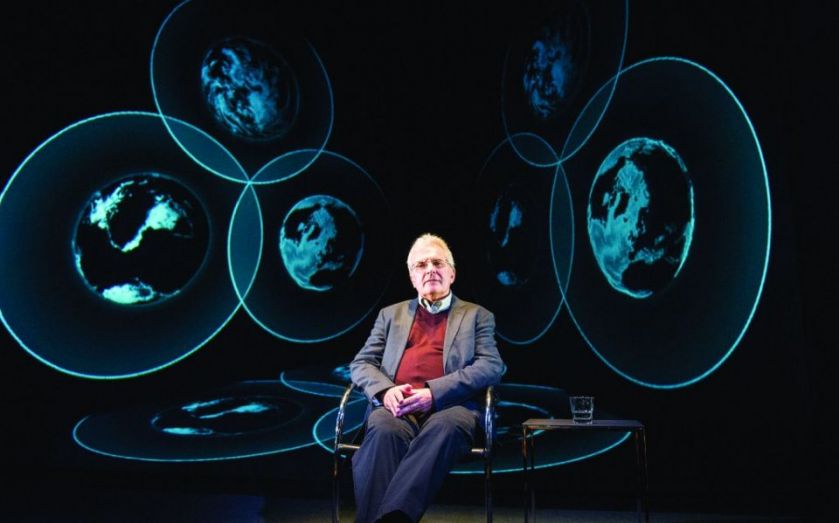 Royal Court | ★★★☆☆
Climate change is the defining global issue of our times, professor Chris Rapley states, matter-of-factly, from a chair on the stage. Over the course of an hour, unaided by notes but surrounded by digitised graphics of the earth, the renowned climate scientist calmly presents the fact that when his granddaughter is his age in 2071, the earth will be damaged irreparably, unless there’s wider public pressure to push for a solution.
Less of a play, more of a lecture, this data-driven talk would have had greater theatrical impact as a call-to-arms polemic, but instead settles for a humbler scientific objectivity that quietly leaves the menace to simmer behind the facts.

King Charles III
Four stars
This brilliantly written play explores what Britain will be like when Prince Charles is king. Wyndham's Theatre
John
Three and half stars
An intense modern dance epic at the National’s Lyttelton Theatre isn’t for the faint-hearted
Our Town
Four stars
The Almeida’s well-received adaptation of Thornton Wilder’s Our Town is coming to an end soon