The World To Come review – a passionate if familiar love story 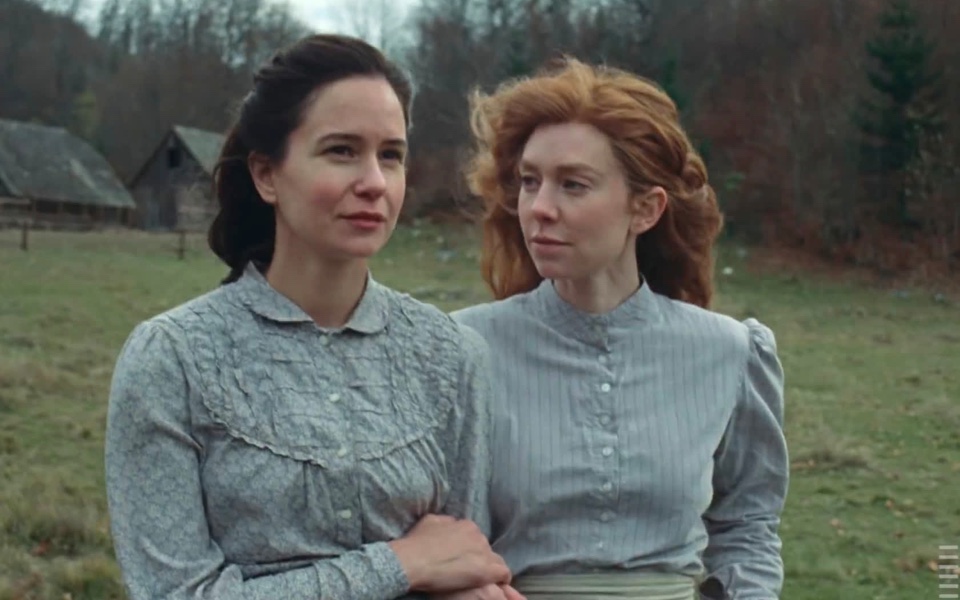 The early days of America provide the backdrop to this stripped-down drama, set in 19th century America. The daily routine of grieving mother Abigail (Katherine Waterston) is interrupted by the arrival of Tallie (Vanessa Kirby), a neighbour who comes for a visit. The pair strike up an instant friendship that turns to attraction, but their obvious closeness begins to raise suspicions in their husbands.

Streaming queues are filled with period dramas about two women trying to keep their love from a disapproving society. Those who have seen Carol, Portrait of A Lady on Fire, or the recent Ammonite will be familiar with the themes this film deals with. It doesn’t quite reach the heights of those films at their best, too often choosing imitation over innovation. However, spending time with these characters in the cold wilderness that will become New York is fascinating viewing, particularly when met with Ron Hansen and Jim Shepard’s lyrical screenplay.

The four cast members are adept at saying a lot between the lines. Oscar winner Casey Affleck is the picture of grief as Abigail’s husband Dyer, whose love of farm work is shattered by the death of their child. His opposite number Christopher Abbott is on fine form as Tallie’s partner Finney, who has a more contentious relationship with his wife and does a good job of portraying slow burning resentment.

Both are merely supporting players, however, to the dual leads. Waterston’s Abigail becomes a reflection of her time, being a woman who defies expectations of the time by seeking out education and not being, in her own words, “a dullard”. This studious nature creates wonderful chemistry with Kirby, who gives Tallie a free spirit and a clear adoration for the object of her affections. Their time together is so endearing that you long for them to just run off into the sunset, but regular viewers of LGBTQ+ themed dramas will know it’s never quite that simple.

The World To Come doesn’t exactly stand out from the many films that it resembles, but it does manage to tell an engaging story. It’s another showcase for the rising reputation of both stars, and at just over ninety minutes it hits the right notes without ever becoming sluggish.

The World To Come is in cinemas from 23rd July.