The Tate Modern reopens next week – but what will it look like in a post-lockdown world? 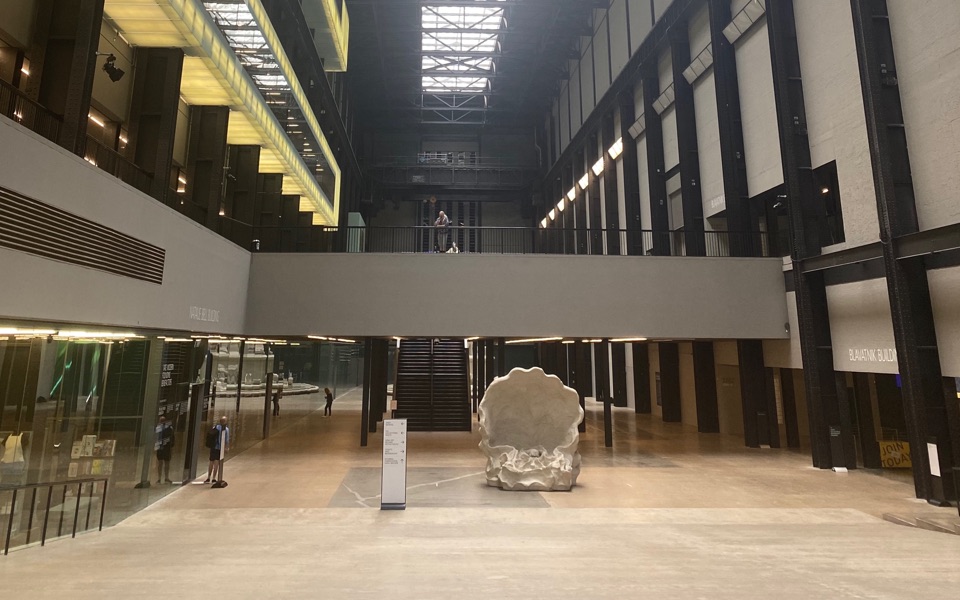 Monday will see the reopening of the Tate Modern (as well as the Tate Britain and the offshoots in Liverpool and St Ives) after more than five months behind shutters. And while we’re all becoming accustomed to social distancing in bars, restaurants and shops, how will it affect the UK’s second most popular tourist attraction?

Well, both Tates – especially the Modern – are blessed with a vast amount of space. I was invited in yesterday for a sneak preview of the new measures, which include a comprehensive one way system and a pre-booking only rule.

Logistically, it works just fine – arrows on the ground subtly guide you from room to room, and the positioning of the Tate’s central escalators have essentially enforced a one-way system through the building since it was opened.

In fact, the thought of visiting the Tate Modern without droves of tourists crammed into every nook and cranny seems, at first, like an absolutely splendid idea. Roaming through empty galleries usually packed to bursting with groups of school children and guided tours and people taking photographs gives an almost illicit thrill, like you’re somehow getting away with something. There’s a Mondrian with nobody looking at it. There’s Dali’s lobster phone in an empty room. How novel.

But an underpopulated gallery also loses something. Art needs people to view it. Like a football match without a crowd, or a cinema without an audience, an empty gallery loses that frisson of group energy, the shared participation in the act of viewing. In this case, when a tree falls in a forest and nobody is there to hear it, it really doesn’t make a sound.

Clearly there will be more people filtering through come next week, but how the reduced numbers will affect the experience remains to be seen.

There are more direct consequences, too, which disproportionately affect the Tate Modern. Following the redevelopment of the building, there’s been a real focus on performance art, and art that people can really engage with, which will be far more difficult in a post-covid world. Even the Andy Warhol exhibition, which has been extended until the autumn, is now lacking two key features – the room filled with balloons that visitors were encouraged to toss around the place (they are now fully inflated with helium and lurk solemnly around the ceiling), and the Factory disco room, which struggled to enforce social distancing.

Still, it’s great to see such an iconic part of the London cultural scene back, and with Warhol and the Steve McQueen exhibition both extended, there’s plenty on offer to make this one of your first post-lockdown excursions.

“I’m thrilled to be reopening our galleries and can’t wait to welcome visitors back”, says Tate director Maria Balshaw. “While you’ve been away, we have worked hard to ensure our spaces are safe and accessible for everybody. We have also extended many major exhibitions and commissions, all of which feel as powerful and relevant today as they did when they first opened.”

• You can book tickets for the Tate’s exhibitions at tate.org.uk