The Suicide Squad review: DC antiheroes get film they deserve 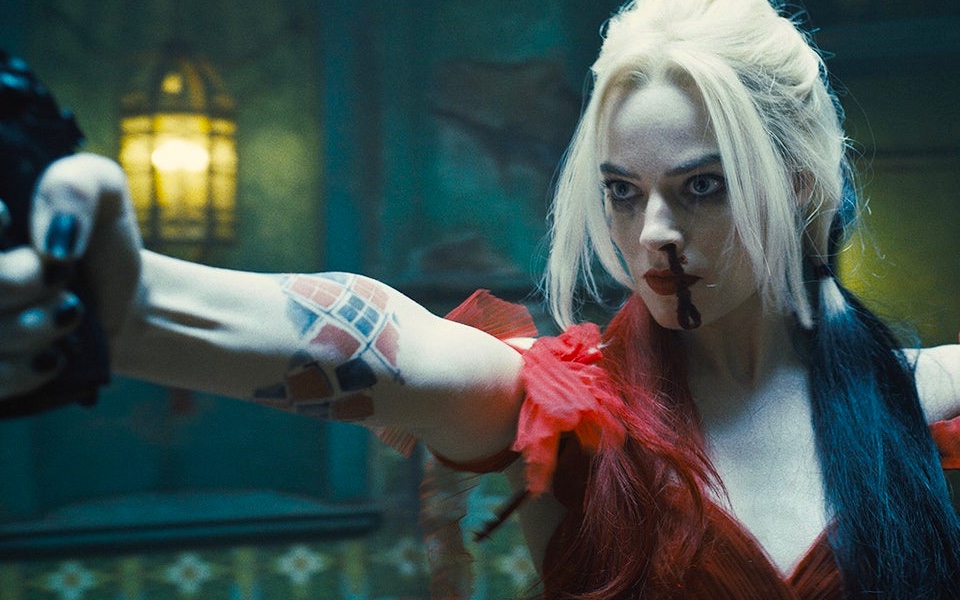 If there’s one group that deserves a second chance, it’s Suicide Squad. David Ayer’s 2016 original had a lot of promise but became a lesson in studio interference, held back by a nervous Warner Bros who made their own edit that was poorly received.

This week’s The Suicide Squad also had a turbulent path to the screen. New director James Gunn came aboard partly though a fall out with Marvel owners Disney over some historical tweets. The two parties made up, but not before the Guardians of The Galaxy filmmaker signed on to direct another band of misfits. Can the man who brought quirky brilliance to the MCU do the same for their biggest rivals?

Adding “The” to the title is not all that’s new about this version. We’re back at Belle Reve penitentiary, with a mostly new group of criminals sent to do the bidding of Amanda Walker (Viola Davis). Two teams led by Rick Flagg (Joel Kinnaman) and military trained convict Bloodsport (Idris Elba) are sent to a South American Island, with their mission to find a prison laboratory conducting experiments that are linked to a deadly, horrifying weapon. The criminals try to survive amid mishaps, double crosses, and the misadventures of Harley Quinn (Margot Robbie).

The studio seems to have made a full u-turn with their approach, because Gunn has been allowed to make his kind of film. Blood, gore, nudity, and more gore are the order of the day as anarchy reigns for 140 minutes. If you thought Deadpool was as risky as comic book movies could get, prepare to meet a new contender. Elba and teammate/rival Peacemaker (John Cena) spend an extended sequence killing militants in increasingly elaborate ways, while an insane opening makes it clear that no character is safe from the chop.

Recent DC movies have been more self-contained, focusing on making one story as engaging as possible. Aquaman was a bro-ish romp, Birds Of Prey showcased sisterhood, and Joker gave Batman’s nemesis a hint of Travis Bickle. Similarly, Gunn and his wise-cracking cast are here for a good time, not a long time, and drag you screaming through the madness, loving every minute.

Spoilers prevent us from delving into every single character, but the main players are all on fine form. Elba is excellent as the anti-hero, a man trying to convince himself that he feels nothing. Cena is good fun, summoning insane levels of patriotism and pettiness. Daniela Melchior brings some heart to the film as Ratcatcher 2, complete with an adorable rodent sidekick (and yes, we do find out what happens to Ratcatcher 1).

Speaking of adorable animals, Sylvester Stallone Nanaue aka King Shark: a bipedal, talking Great White. While it is a blatant 18-rated twist on Groot, hearing Stallone’s famous drawl demanding “num nums” before chomping a soldier is very amusing. As for Harley, Robbie’s most famous character is given a side quest of sorts, involving a whirlwind romance and a quest with a trident; the Aussie star knows exactly what makes the character tick.

It’s not perfect, and in general the film’s no-holds-barred attitude will not be for everyone. Peter Capaldi feels unnecessary as The Thinker, the film’s villain who is really just there to introduce the final act. Elsewhere, Davis’ ruthless edge is blunted by her minions, who all commentate on the carnage and begin to question her motives.

On the whole, however, it’s hard to see Gunn’s first DC adventure as anything other than successful. A chaotic joy, The Suicide Squad doesn’t have much of a point to make – most superhero films try to build a universe, this one blows it to smithereens. Still, it’s likely many fans will point to this as the movie Ayer’s film should have been, one that annihilates the self-importance of the superhero and has some fun making a mess. Gunn will jump ship again later this year to make the third Guardians film, but out of personal turmoil has come the most enjoyable DC movie in years.

The Suicide Squad is in cinemas from 30th July.