The special relationship should be celebrated 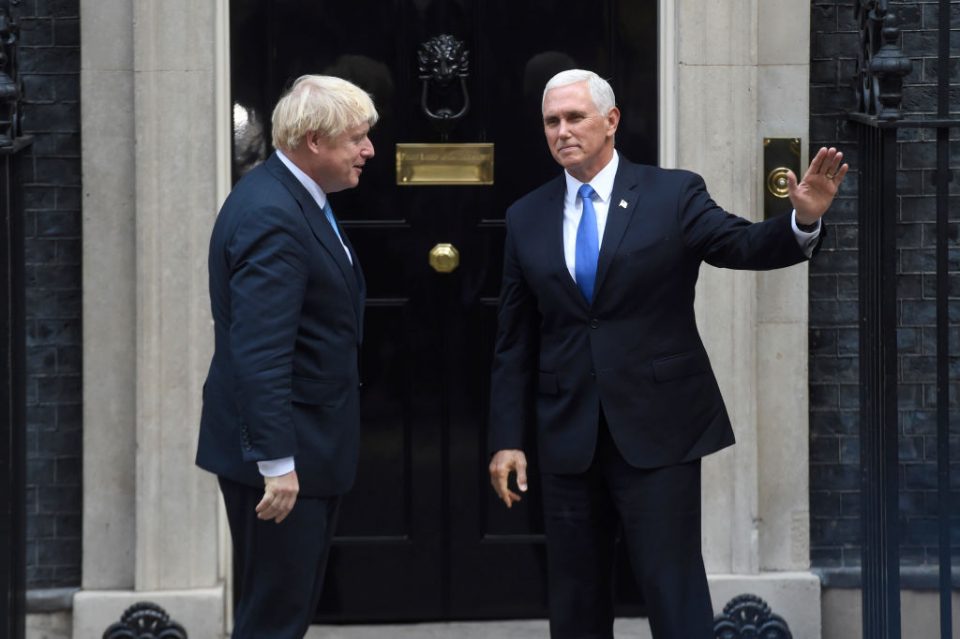 Amid all the division and uncertainty of our current political challenges, one thing has remained constant: London’s standing as a beacon of international commerce.

Money, people and ideas from all over the world continue to arrive and thrive in our capital city in much the same way as they have done so for hundreds of years.

The ancient Guildhall has become a physical embodiment of this outward-looking spirit, hosting dozens of international conferences and celebrations each year. The City’s Lord Mayor takes the message to the world, acting as the City’s roving ambassador and trade minister.

It was in this spirit that the City welcomed vice president Mike Pence to the Guildhall last night, with the great and the good turning out for the occasion.

There will have been many there, and many across the Square Mile, who are less than completely aligned with the current American administration. But the warm words Pence offered about our shared history, the value of trade and his desire for an even closer partnership between our countries should be universally appreciated.

We hope, too, that the vice president appreciated trade secretary Liz Truss’s warnings about the need to make the case for free trade each and every generation. Pence’s boss in the Oval Office has not shown himself to be entirely on board with the concept during his time as President, and this would not have been lost on the VP.

Policy differences aside, it is worth recognising the undeniable advantage that comes from having an American administration so overtly supportive of little old Britain.

The President is clearly a big fan, and other senior figures in the US government appreciate the value of the relationship enjoyed between our two countries. The commercial links are no less important than the diplomatic ones, and they are thriving.

Of course, not everybody celebrates the special relationship. Jeremy Corbyn would rather dine with the leaders of Hamas and Venezuela than of our oldest and most important ally.

Throughout his life, his foreign policy has been shaped by an instinctive aversion to America and its interests – regardless of whether they overlap with our own.

Despite this week’s parliamentary chaos, it remains more likely than not than the UK will leave the European Union in one way or the other. It is incontestable that our efforts to make a success of it will be better served by enjoying a close relationship with President Trump’s administration.

Recognising this reality does not require the turning of blind eyes to areas of US policy with which we disagree, but those disagreements should never morph into the knee-jerk anti-Americanism spouted by the Labour leader.