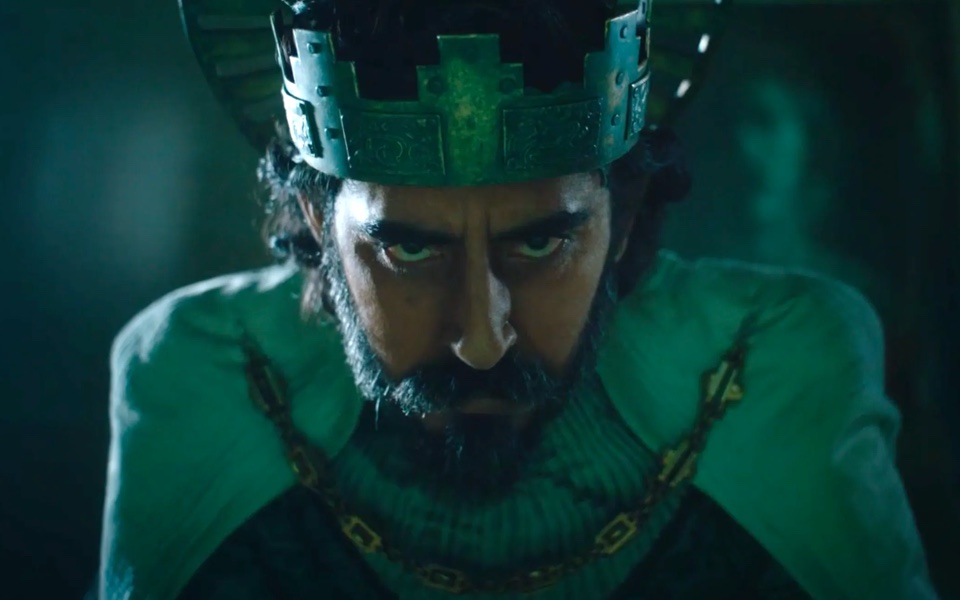 Director David Lowery may not be as familiar a name as The Russo Brothers or Christopher Nolan, but in less than a decade he has already put together a string of quietly successful productions, including the critically acclaimed Aint These Bodies Saints. Working with Red Redford on Disney’s remake of Pete’s Dragon convinced the screen legend to hire him for Redford’s final starring role, The Old Man and The Gun. He returns to The House of Mouse for next year’s Peter Pan and Wendy, but not before teaming up with indie studio A24 for The Green Knight.

It’s an adaptation of the 14th Century narrative poem Sir Gawain and the Green Knight. Dev Patel stars as Gawain, a promising but listless young man who is well-regarded by King Arthur (Sean Hughes). On Christmas Day, a mysterious Green Knight appears and offers a challenge to the king’s men: face him in combat, and whatever blows they land on him will be returned in a year’s time at a green chapel.

Inspired by 80s fantasy films Willow and Excalibur, a tale that risked being stodgy and inaccessible becomes enthralling thanks to its captivating visuals. From the opening shot of Sir Gawain on a throne with his head bursting into flames, we walk with the tragic knight through a world filled with mystery. At the same time, there’s no sense of Skywalker-like destiny along the path. Each encounter is filled with trepidation that suggests this could be where Gawain falls, making the deceptively simple scenes fraught with peril.

Since his 2008 film debut in Slumdog Millionaire, few actors have challenged themselves as frequently as Patel. He’s shown he can play iconic characters such as David Copperfield, has the intensity required to nail roles like the kidnapper in Michael Winterbottom’s The Wedding Guest, and the depth to play the traveller in the Oscar-nominated Lion. In Gawain, he brings us a medieval hero who feels human.

There’s a talented supporting cast to help Patel’s character on his journey: Barry Keoghan, so often a highlight of anything he’s in, springs from the screen as a scavenger who outwits Gawain, while Hughes makes every strained word count as the ageing king. For an actor of her calibre, Alicia Vikander is underused as the woman who dreams of being Gawain’s “Lady”, but the sequences between the two add some emotional stakes.

Like Justin Kurzel’s 2015 version of Macbeth, The Green Knight balances modern entertainment with a grounding in the source material. A fine showcase for both the director and star, see it before your trendy film friends adopt it as their film of the year.

The Green Knight is in cinemas from 24th September